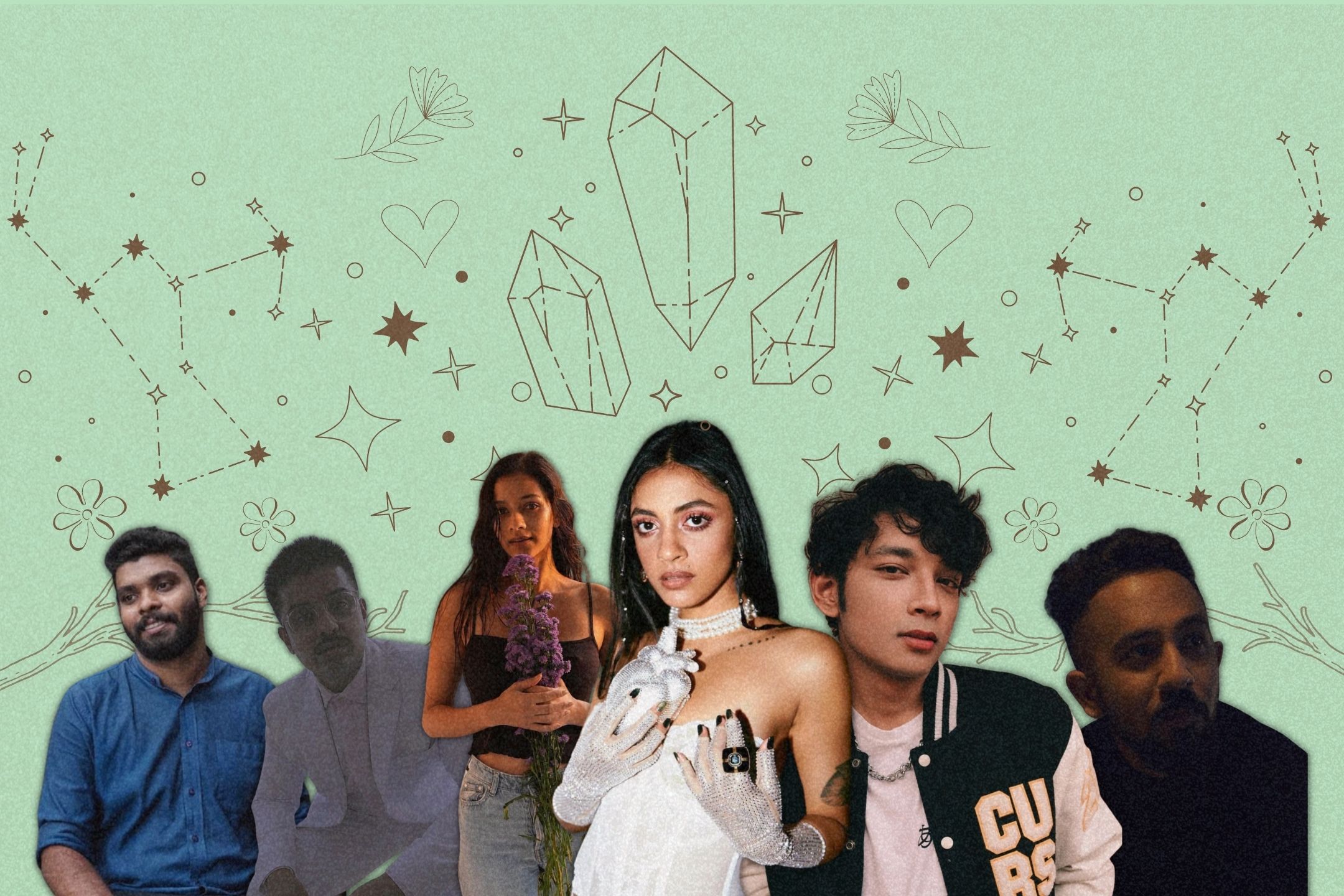 In the midst of this turmoil and soul-searching, the music video shot by Vyshnav aka Karim Poocha in Puducherry shows the rapper dressed to his nines, looking spic and span even as he momentarily loses his cool on a call that’s a clever addition among the footage.

Tanmaya Bhatnagar – Wherever I Go, I’d Like To Be All I Need

Taken from an EP which showcases the New Delhi singer-songwriter Tanmaya Bhatnagar’s most vulnerable yet learned thoughts, the video for ‘Wherever I Go, I’d Like To Be All I Need’ is directed by Pratik Punjabi with incredible frames and sequences.

While the swaying song of comfort is one in which Tanmaya addresses the beauty and acceptance of mortality, the music video sees her as calm and composed amidst nature and seemingly heartbroken in the urban settings.

Introducing the world to your bold new pop avatar is no small feat. Bengaluru-based Sukruth Mallesh knows this all too well but comes prepared. The guitarist for hip-hop heavyweight Brodha V, formerly leading metal act Quarantine and more, Sukruth is the portrait of comfort and confidence on his debut single ‘Don’t Fall In Love’.

While the producer channels a familiar kind of pop with the groovy, late-night pop vibes reminiscent of The Weeknd, the music video features Sukruth and actor/model Bhavana Bhagwat in a sensual setting that we don’t often see executed among pop artists in India. There’s a boldness to it, for sure, but also a slickly captured reflection of Sukruth’s storytelling.

Mumbai singer-songwriter, producer and DJ, Ambika Nayak aka Kayan, has been going from strength to strength with her releases, DJ sets and most recently, live band performances too. Right on the back of debuting her live set at NH7 Weekender, Kayan dropped her latest single, ‘DFWM’, which is produced by Bengaluru-based electronic artist Oceantied aka Ketan Bahirat.

The clever flourishes from Oceantied facilitate Kayan to be calm, collected and pissed off all at once with her lyrics. In the video directed by Nebish Benson, Kayan establishes a new level in her visual aesthetic. Everything from her styling to hair and makeup and the sordid revenge plot keep us hooked.

Kochi singer-songwriter Sachin Rajeev, one of the founder members of rock band Chidakasha, continues to tread into buoyant experimental territory with his project Manchild. For his latest single ‘Better’, he’s joined by Chennai’s in-demand producer Michael Timothy, who’s worked with everyone from STEVIE to Nitika Kurian. ‘Better’, which is a warm and emotive song in English and Malayalam about healing, has synths as well as Carnatic guitars in the mix, the latter of those coming from guitarists Chris Jason and Rohith Manoj.

‘Better’ gets a vertical music video—which is always an interesting route now that everyone’s listening to and watching music on their phones. Animated by Raiza Kadheeja aka Izanimates, sketches and illustrations in hues of yellow and dark blue come to life to tell a story of individuals, friends, and finding beauty within and outside themselves.

Klanjan Borah, the New Delhi-based singer-songwriter, has an affable, charming and lover-boy approach to words and music on his single ‘Knight In Shining Armour’. With resolute pop star dreams in his sights, there’s a warmth in the folksy guitars, string arrangements and his echoey vocal harmonies.

To match that element of quaintness and old-fashioned chivalry, Klanjan’s music video for ‘Knight In Shining Armour’ is shot and edited by Vivek Vision, featuring dance crew Teen Hearts and flowing choreography by Vidhi Maheshwari. The crew makes the most of a few rooms as Klanjan too dances about, celebrating love in full spirit.