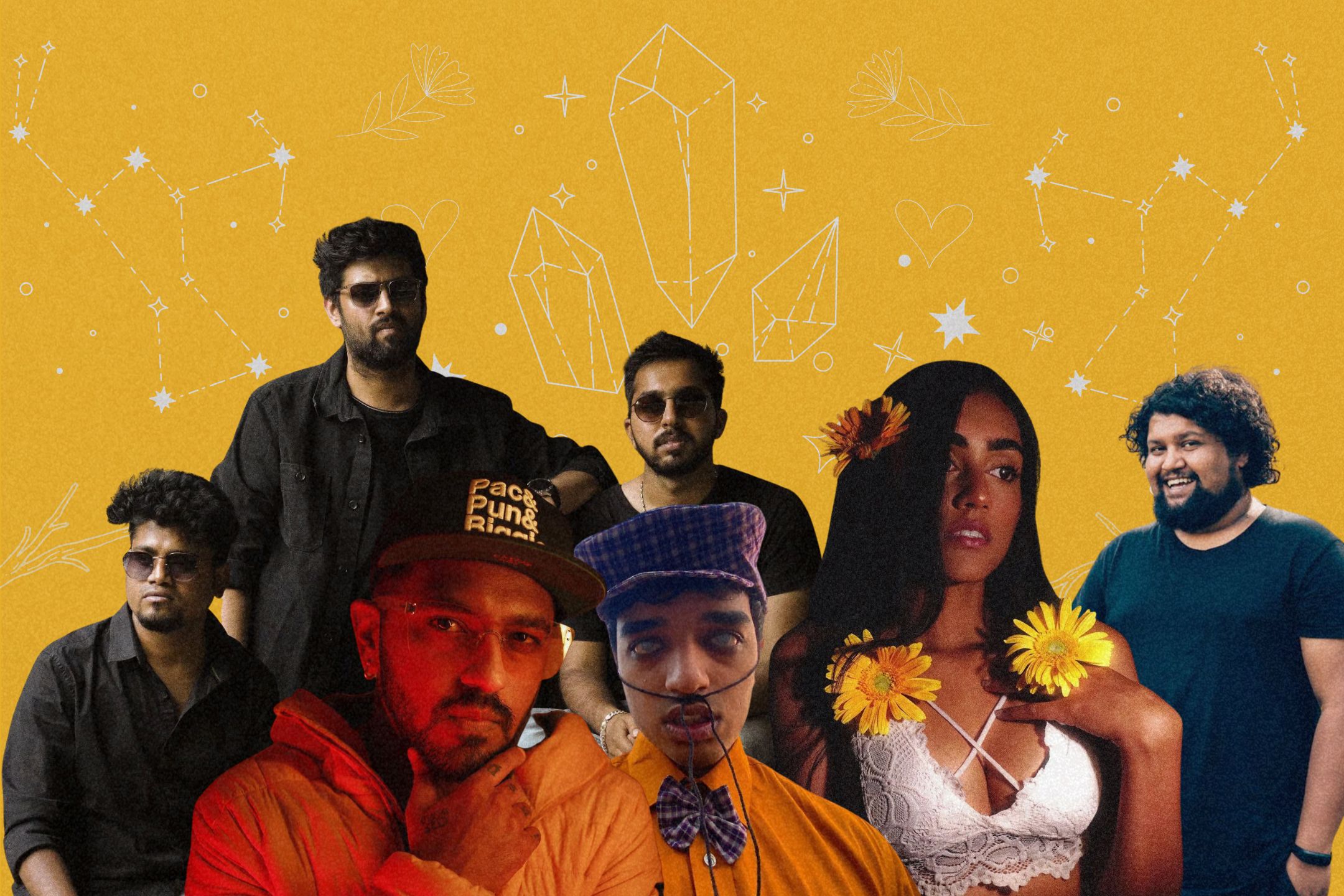 For those unfamiliar with Shia aka Arshia Saxena, she’s been biding her time and honing her craft in Indian hip-hop for a few years now. She cuts loose and keeps things incisive on her latest single ‘Boon’, which is produced by Zero Chill. There’s a little bit of her love for reggae and grime cadences heard on the song, but what goes exceptionally well is the music video directed by Shrey. Shia reflects just how much she wants to celebrate her space and freedoms, from shiny dresses to swimwear on a yacht to posing for wall art in a gallery. At less than two minutes, ‘Boon’ would leave anyone wanting to hear more of Shia, who makes a resolute statement with her latest release via Prabh Deep’s label Purple Wav.

Multi-instrumentalist, producer and vocalist Jamblu aka Kartik Pillai takes his solo project in a new (read: non-electronic, compared to previous releases) with his upcoming album Service Animal. The song ‘We never fight (cause we never talk)’ stays true to Pillai’s penchant for spontaneous, in-the-room openheartedness and aching melancholy, but not in that dramatic kind of way. With help from filmmaker Rana Ghose (founder of artist and event company REProduce), there’s a stunning, slightly NSFW music video shot in Divar, Goa. Through an auteur’s lens, the film accompanying the song shows two characters out in the field, caked in mud and perhaps taking a brief pause to reflect.

From the madcap mind of New Delhi artist Chaar Diwari comes the adventurous, tumultuous new music video and song ‘Bhool Ja’. Teaming up with multi-genre artists like Shaastriji aka Udbhav and filmmaker Rohan Yadav aka Rohanyv, there is an intense, almost dizzying pace for the music video that’s typically Delhi. From sketchy characters to street chases and plenty of references to illegal substances, ‘Bhool Ja’ is no holds barred through and through, albeit with plenty of comic flourishes and electrified with rock riffs in the mix.

Udaipur rock band Khanabadosh’s new song ‘Mumkin Nahi’ lends itself to their distinctively airy, wistful songwriting and composing – with Hindi and Urdu lyrics by Gaurav Solanki gliding over dreamy guitar-oriented arrangements. Visually, they enlist cinematographer and filmmaker Burhan Habshee and actors Rj Milind and Sakshi Yadav for a monochrome that reinforces the song’s idea of how love can never reach a satisfactory conclusion with full closure. The couple revisit different parts of the city and bittersweetly (yet wordlessly) communicate with each other a myriad of feelings, but ultimately find no easy way through. It’s a heartfelt, tender way to talk about complicated love.

Bengaluru’s seasoned MC Gubbi dons multiple garbs and personas for the music video to his song ‘Tatarirara’, which is produced by Odia’s rapper-beatsmith Big Deal aka Samir Rishu Mohanty. He kicks off with his signature proclamation of “Naanu Gubbi!” (I’m Gubbi) as Big Deal samples a Carnatic vocal line into a soulful hook. Gubbi does the rest of the short and confident rap work in about two minutes, with his looks oscillating between the rapper we all know, “Mallikarjunayya: a friendly neighbourhood grandpa”, “Sundari: the judgmental well-wisher”, “Arun Kumar PHD: the hardly working I.T. professional” and “Ra Ra Rockappa: Un-acclaimed music critic”. The looks are magnetic, as are the shots captured by EmmJee, Vibha Menon and Urmi. Gubbi is at his hilarious best and he doesn’t even have to do more than look into the camera and rap his self-affirming lines of how he’ll never stop making the kind of music he wants, no matter how much unsolicited advice is thrown his way.