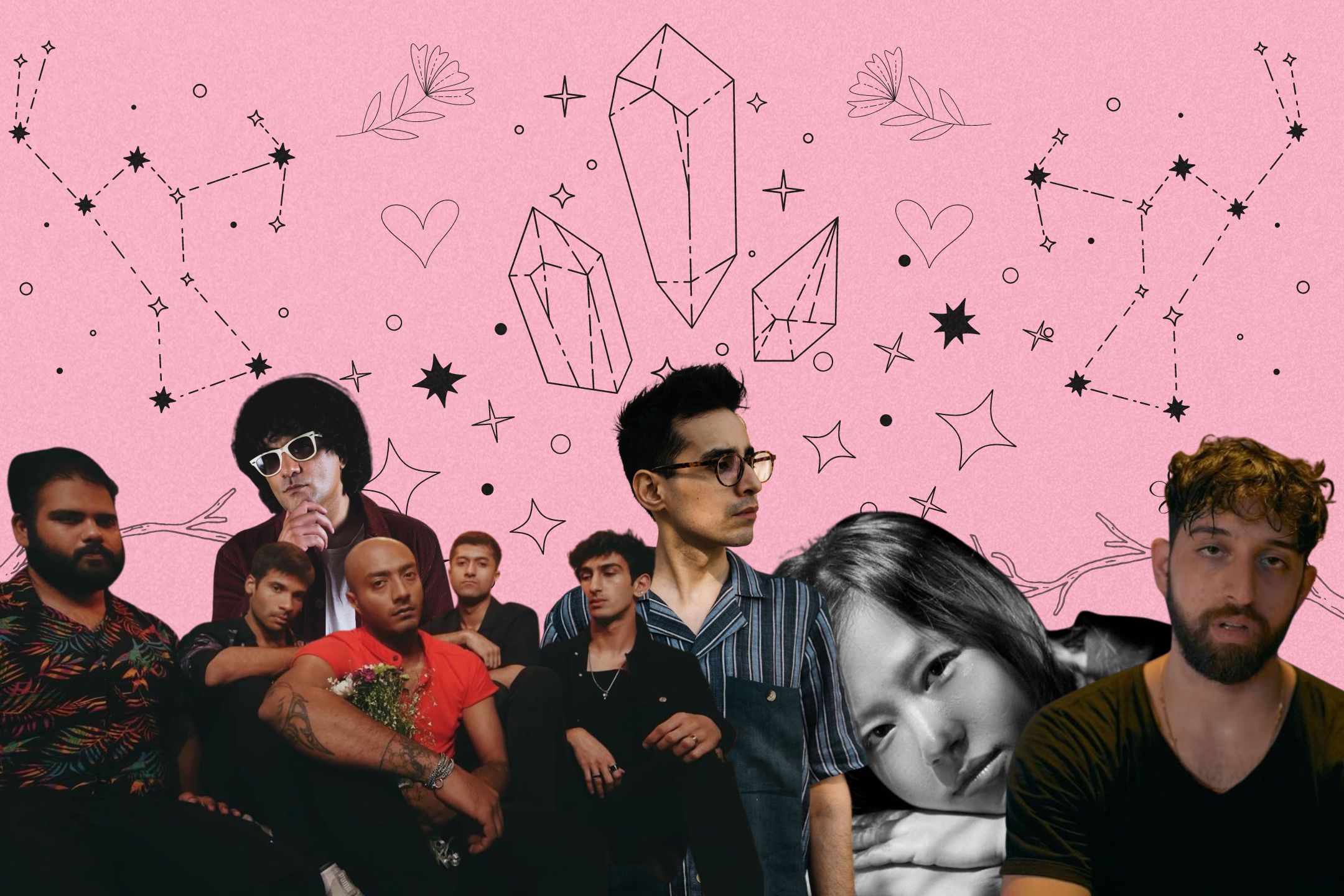 Here are August’s best visuals to accompany some of the best track to come out as we usher in autumn.

With the release of his album lol earlier this year, everyone got a glimpse into the scatterbrain unpredictability of rapper-producer Rae Mulla. The artist, who’s also part of the group SIXK, had previously released a music video for his song ‘Maggi’, which was all levels of bizarre but delectable.

Now, there’s another disturbing yet ambitious visual journey undertaken on ‘milkman*’, which is directed by Rae Mulla and shot by Dhruv Lapsia. Grainy footage, shutter-speed experiments and outlandish set designs are among the prominent elements of the music video, with Rae Mulla’s speedy rap finding a mirror with pacing editing. The eerie, uncomfortable music production too finds a place alongside the grimy outdoors and a person in a comical elephant suit providing anything but comedic relief.

New Delhi-bred, Mumbai-based producer, guitarist, and vocalist Arsh Sharma’s project FuzzCulture ages like fine wine on his latest electronic single ‘Breeze’. Arsh digs into a groove and vocal hook to earworm-level perfection, and backs it up with a music video that captures exactly what he’s singing about.

Led by Barun Kashyap—who wrote the concept and story, directed and worked on production design—the music video for ‘Breeze’ stars Priyasha Bhardwaj trying to keep a seemingly good thing going with Sharma (who is, for all intents and purposes, a unidimensional projection on the wall). Priyasha dances her way through euphoria and heartbreak in turns, making for a striking, emotional performance that enhances FuzzCulture’s message of dissociating.

Drummer and composer Tarun Balani’s project Seasonal Affected Beats has often been a vehicle for the artist to say a lot without words and more with electronic journeys. His latest single ‘Risalo’ is no different, but he does have a thought-provoking visual to go with it.

Aided by filmmaker and photographer Parizad, ‘Risalo’ unfolds over the span of five minutes with a reverse slow time-lapse showing how a flower blooms on a bed of nails. With the brighter sonic tone that the song progresses towards, it’s our guess that this holds a hopeful message about the climate crises—which is one of the main thematic concerns of all of Tarun’s material with Seasonal Affected Beats.

With their new EP Club Namaste, Kraken tap into a melodic frenzy of the friendly kind. If that sounds like a puzzling combination of words, all you need to know is that the New Delhi rock band have got less aggro and more hyper, in the vein of artists like Polyphia mixed with pop elements.

There’s even a bit of bhangra, as heard in their smooth lead single ‘Khan Market Gang’. The fist-tight rhythms just lock into place, and the music video—directed by Naina Bhan and shot by Nitish Kanjilal—exudes everything posh and proper about New Delhi kids. It’s obviously an identity that Kraken own with the song and the visuals, with verve when it comes to fashion or the sets.

Arunachal Pradesh-bred, New Delhi-based singer-songwriter Anula Namshum takes all her favourite film influences and weaves them into her narrative of longing on the song ‘Dream’. Namshum’s aptly shoegazey songwriting and slow-burn vocals get a breathtaking music video to go with it, directed by the musician herself.

With a protagonist (portrayed by Stella Chiba) seen in monochrome hues as well as floating in pristine waters, the ‘Dream’ music video has numerous cinematic flourishes—the drone shots, the intimate bedroom shenanigans and the heartbroken lonesome figure walking through a crowd.