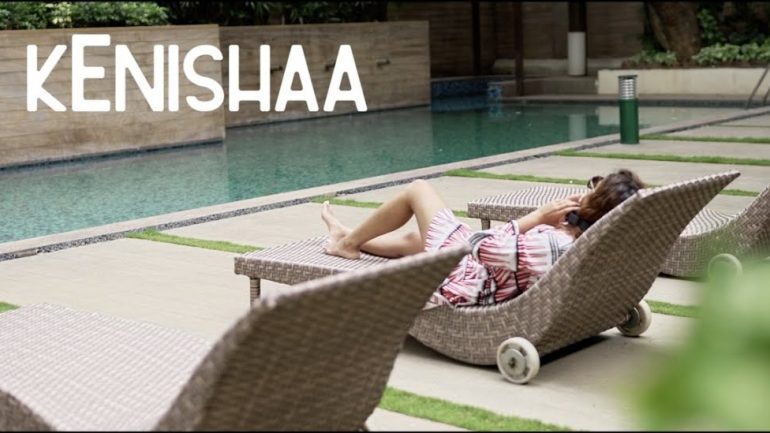 Bengaluru-based singer-songwriter Kenishaa takes a cheery hop forward in her pop career with the release of her latest single ‘Amina’ via Warner Music India.

Showcasing her South African and Indian heritage, ‘Amina’ takes its name from the Swahili word for “amen”. While there are Christian themes present in the lyrics, Kenishaa is more so concerned with ideas of togetherness and diversity, celebrating multicultural identities such as her own.

‘Amina’ tips its hat to that sense of harmony, both sonically and visually. Kenishaa—who has previously been part of retro/jazz act Pulse Craft and studied at Musicians Institute in Los Angeles—alternates between affable vocals in English and Swahili and bursting into different dance forms in the song’s music video. Dressed in vibrant outfits which reflect the vibrancy of African and Indian culture (with dreads flailing in glee), Kenishaa switches up the energy from pop to energetic African rhythms.

She’s joined by friends and acquaintances who add in Bharatanatyam as well as other indigenous forms of dance to the music, created by Kenishaa with Israel Thomas, Ashish Borde and Vishnu R. All of it was recorded by M.T. Aditya Srinivasan, who also worked in other instrumentation.

Kenishaa added in a description that ‘Amina’ is dedicated to “all who unleash their superpower that lies within them. ‘Amina’ is filled with positivity and happiness that we can never have enough of. The more you sing it, the more you affirm goodness, strength and passion for you who are.”

Kenishaa was a finalist in the first season of the English music reality show The Stage in 2015 and went on to host a sing-along show called Keepin’ Up With Kenishaa on Indigo 91.9 FM in Bangalore.