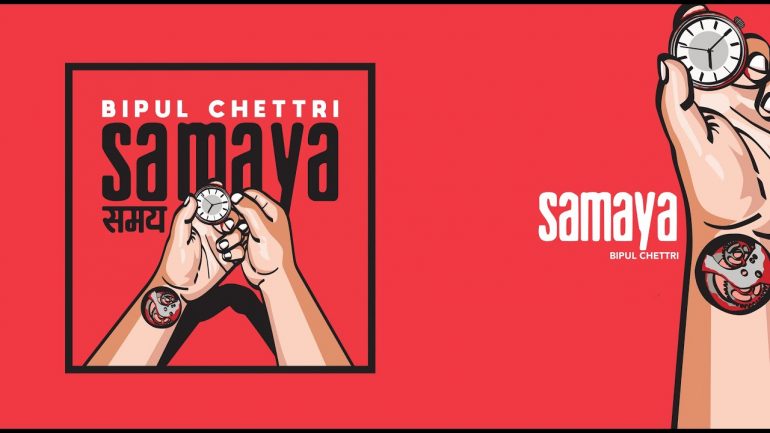 Time – an ever-flowing entity that waits or stops for none. Humans ingeniously tried to gauge this free entity by inventing the watch, which allegedly tracks it in the form of hours, minutes and seconds. Herculean efforts are also put in from time to time to beat it, but has anyone ever succeeded? Rather, is it even possible?

That’s what singer-songwriter Bipul Chettri is trying to tell his listeners – what’s the point in indulging in such futilities. His new song ‘Samaya’ has a bio that reads: “[It] dwells on the absurdity of man’s desire to win the race against Time and then, control it.”

The song starts with the ticking of a hand watch. The acoustic guitar played beautifully in fingerstyle, matches its pace thereby creating the rhythm of the song. It meanders through the chord changes, rises and falls with the wave of the soundscape, yet always sticking to the ticking. An organ also chips in its grandeur, very slyly hidden inside the low notes of the guitar, which keep the rhythm. Such simplicity reminds one that true beauty is mostly never decked up.

The Kalimpong-born Chettri chooses to sing in his native tongue Nepali, which has an incredible sweetness, phonetically. This, combined with the adherence to Nepali folk formats, presents a soundscape that evokes a feeling of sitting on the top of a hill and watching clouds melt into the horizon – an activity that probably all of us do when in the mountains.

Such leisurely past time enables one to enjoy the simple things in life – like the blossoming of a flower or the running of a stream – things that happen in their own time and can’t be rushed. So why fret over controlling time? Instead, isn’t it “better to appreciate the lives we have been given than to run the unwinnable race and waste it all”?