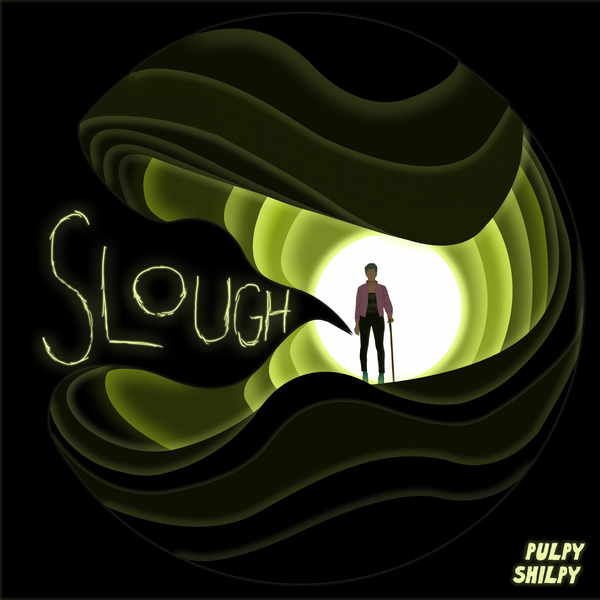 The journalist turned musician is as versatile as the genres she dabbles with. From glitch to nu-disco to synthwave, the Pune-based producer also lays strong emphasis on wordplay in her creations. Jayakumar released her well-received debut single ‘Kaadal Mannan’ last year. On her debut EP Slough, Gowri delivers a four-track action-packed sonic experience that feels invigorating.

Jayakumar is not one for subtlety. The opening track on Slough, ‘Voyeur’, is a dark and debauched exploration of a particular woman’s voyeuristic tendencies. It is a slick, manic number that transitions into the peppy ‘Love Machine’. Easily the most radio-friendly track of the lot, ‘Love Machine’ is underscored by a synth-heavy disco melody peppered with snappy vocals. We also see Gowri nudging the needle on her production chops on the glitchy ‘Parrachaporra’ and the urgent and manic ‘Lil Bit’, co-produced by Ryan Kardam. Slough is easily a fire-cracker release from Pulpy Shilpy sheerly from how refreshingly fresh the project sounds. Pulpy Shilpy has two more EPs in the works and planned for release in 2019.