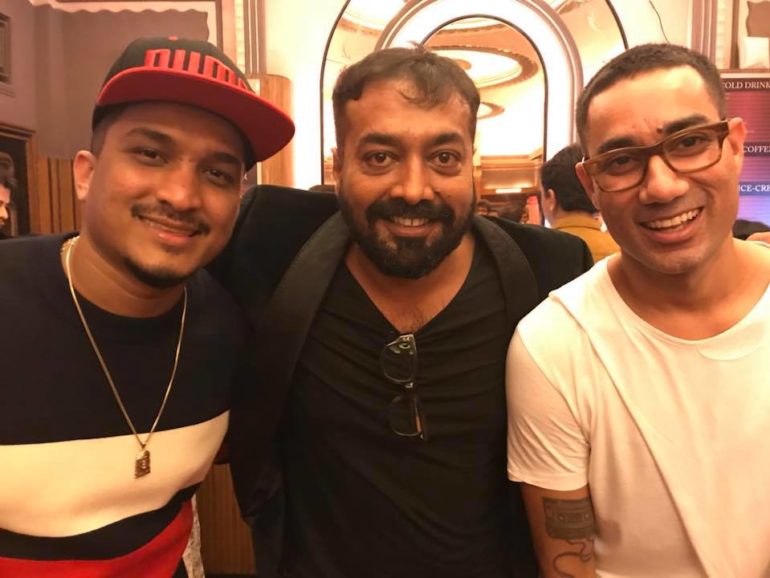 Anurag Kashyap’s new movie Mukkabaaz is one of the most eagerly anticipated ones, especially since reviews of the brilliance of film went around after its screening in the Jio Mami 19th Mumbai Film Festival.

The first song of the film, ‘Paintra’ has been released and it features DJ Nucleya and rapper Divine. It was reported that Raman Raghav 2.0 actors Sobhita Dhulipala and Vicky Kaushal introduced Anurag Kashyap to Nucleya’s music. Kashyap was instantly hooked and got him on board for Mukkabaaz.

Divine featured in Sachin-Jigar’s Haseena Parkar album in ‘Bantai’, but he will probably be remembered for Paintra when the discussion of what marked his entry in Bollywood takes place.

Divine has inspired Ranveer Singh’s character in Gully Boys and has already become a known face in the Indian hip-hop scene after his breakout song ‘Mere Gully Mein’. His raw and powerful lyrics have struck a chord with the audience as he raps about the slums in Mumbai, where he grew up without his parents.

The powerful combination of the two makes Paintra an even more appealing track.

Anurag Kashyap is a wise man, and his massive cult following (which in recent years has become mainstream) know why, but this song is an illustration of the same. Since the sports drama has so far mostly been under the radar, it is important that the first real look into the movie is infectious. The track is just that and complements the gritty visuals wholeheartedly.

The whole song is yet to be released but a glimpse into what would be a brilliant one, can be seen below.