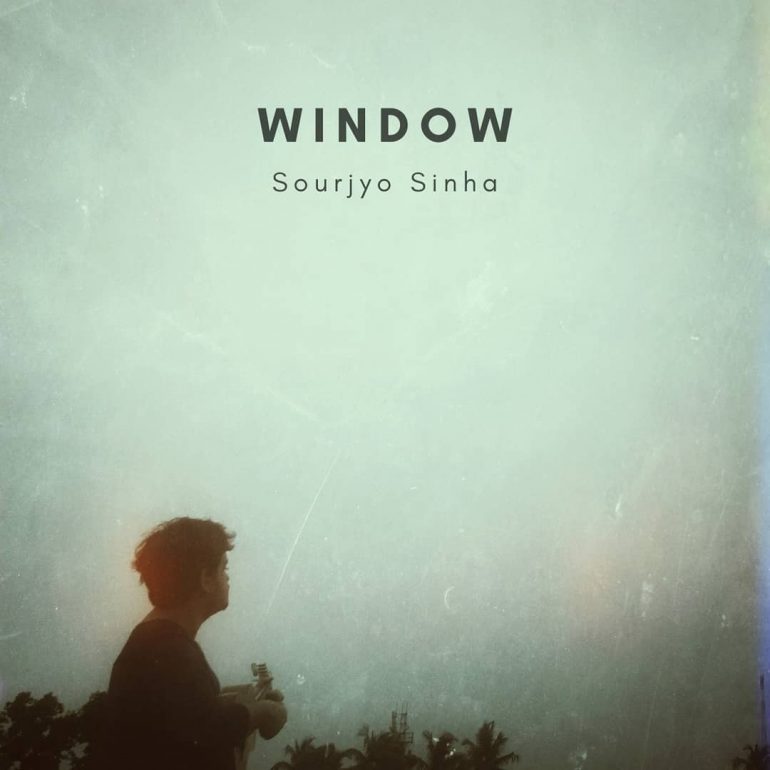 “It is a bleak song” – singer-songwriter Sourjyo Sinha’s description about his creation ‘Window’ could not be further than the mark. It’s not hard to swallow either—the bitter pill that the pandemic is making all of us take is worse. In fact, that’s what brought the song about.

Kolkata-based Sourjyo, better known for his prolific songwriting with the dream-folk outfit Whale in the Pond, can take a window, a gateway of freedom for caged birds, and turn it into a portal to the depths of loneliness. While one cannot help marvelling at his perspective, remaining unaffected is impossible.

Poignantly strumming two chords on his ukulele, he reminisces about the day of separation, presumably of lovers. But he cannot grasp onto it any more, as it has gone. What is left behind? “A little crack in the ceiling,” which leads to further decay—a metaphor for the scars of a broken relationship.

The visual imagery it evokes can absorb you into the grey portions of your mind, precisely due to it being so personal and relatable. The subtle use of white noise to conjure up a windy day adds a sense of drowning out the lover’s memory along with the love.

The mechanically treated vocals at the end, however, seem rather unnecessary and take away from the simplicity of the composition. But even then, the song’s profundity lingers on even after the twinkling notes fade away.