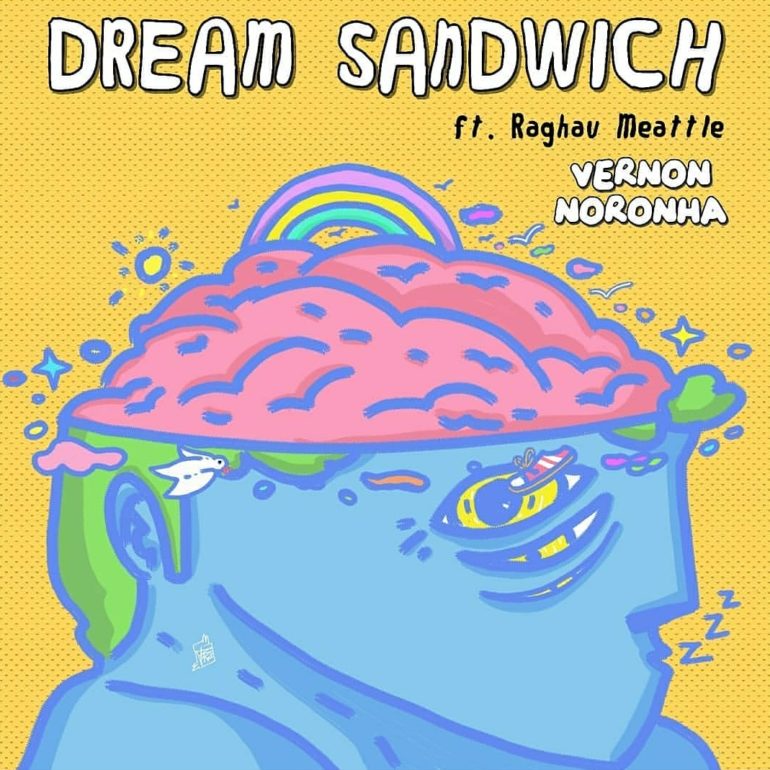 Vernon Noronha is no novice to melodic grooves and acoustic harmonies. If anything, the man can ace them through his afternoon siesta. Which is why ‘Dream Sandwich’ comes across as the kind of song, he must have conjured through one of those deep sleep trips, considering what the song lyrically dabbles in. The man, himself has gone on record to state he’s consciously explored the ideas of lucid dreaming and subsequent sleep paralysis.

‘Dream Sandwich,’ despite its amiably sinister themes, is a charismatic number, albeit uncharacteristically enough; one that’s been up Noronha’s sleeve for a couple of years now, what with the singer-songwriter having performed it on multiple occasions to obvious cheers.

The official release, however, has fellow Mumbai-based Raghav Meattle joining him on vocals. The collaboration is fluid and their respective voices, with their saccharine timber, blend seamlessly.

The melody is crisp and the guitaring, admirably minimal and rhythmic. As has been the case with a plethora of recent acoustic numbers that the indie underbelly has produced, the ever so dependable harmonica makes a charming, tangy cameo, aiding the song to a glorious finale.

Vernon Noronha’s career is definitely one worth the ear. With this song, he has been successful in creating an amalgam of all the right flavours, much like the eponymous sandwich.