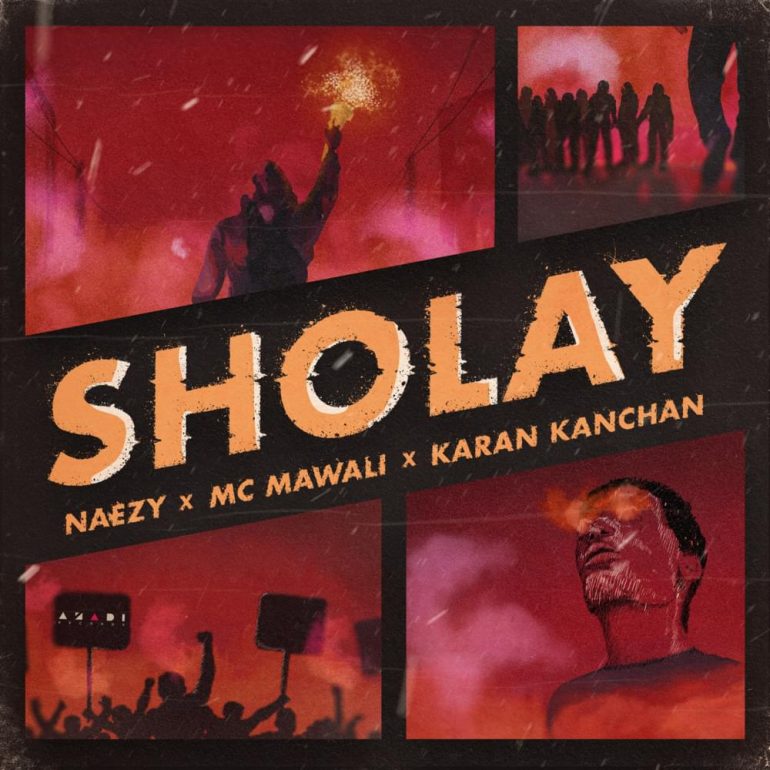 In a time when turmoil seems to have gripped the entire nation, Naezy and MC Mawali team up with producer Karan Kanchan to deliver a fiery commentary via rap. ‘Sholay’, the new single from the house of Azadi Records, sees the Mumbai emcees spit socio-political verses that question the state of India today.

While as a part of rap crew Swadesi, MC Mawali is known for his socially aware performances, ‘Sholay’ marks a return to socio-political rap for Naezy. The Gully Rap pioneer lays bare his perspectives on a series of issues plaguing the country now, including economic oppression of the poor, corruption, religious segregation, and divisive politics.

Rhythm & protest is the narrative of this new rap release from the scene’s stalwarts. Naezy and Mawali’s fiery lyrics and Karan Kanchan’s production chops on ‘Sholay’ shape the single as a wake-up call to the nation, or as Naezy aptly puts it “So rele jo, hum unko jaga rele.”