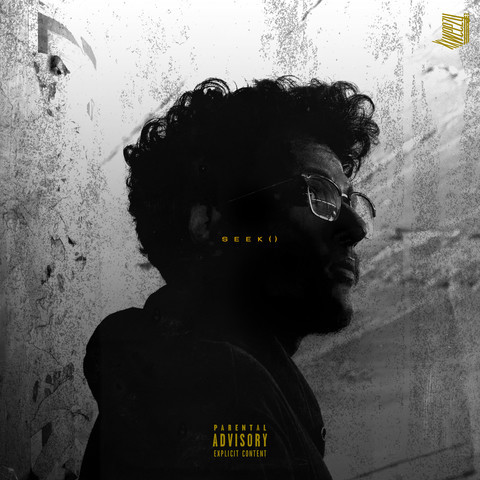 Emerging as another promising young voice in the burgeoning rap scene down south, Kerala’s Anohnymouss aka Anoh Jacob Biju recently unveiled his explosive debut 4-track EP, Seek(). The rapper-producer describes the offering as “the search for a vanished emotion, attribute or object that was perceived to be present but realized over time to be lost.”

‘Act I (Utility)’ leads with its IDM ambience that grows more anxious and angsty as it is folded in by growing wobbling guitar work, melodic walls of distortion, steely drums and ghost-like vocal chops. He ups the ante with shapeshifting guitar and piano on the melancholy ‘Act II (Kshema)’ reflecting on overcoming moments of doubt, before going on the full-blown offensive.

With a hilarious transition, the listener is treated to the surprisingly groovy follow-up ‘Act III (Realize)’. Here, he seamlessly switches from rap to singing, from spitfire delivery to transcendent harmonies, putting his composition finesse on display with the multiple beat switches that follow. The EP wraps up by dialing it back up to 100 with ‘Act IV (Thira)’ a triumphant Malayalam final act anchored by bubbling production and an unforgettable trumpet loop that announces he didn’t come to play.

With Seek(), Biju proves he’s a solid triple threat—bilingual bars that are playfully brash yet tightly wound, paired with hook-laden vocals and self-indulgent production that boasts refined polish much beyond his years. A true artist to watch with an individual and inventive style that won’t remain anonymous much longer.