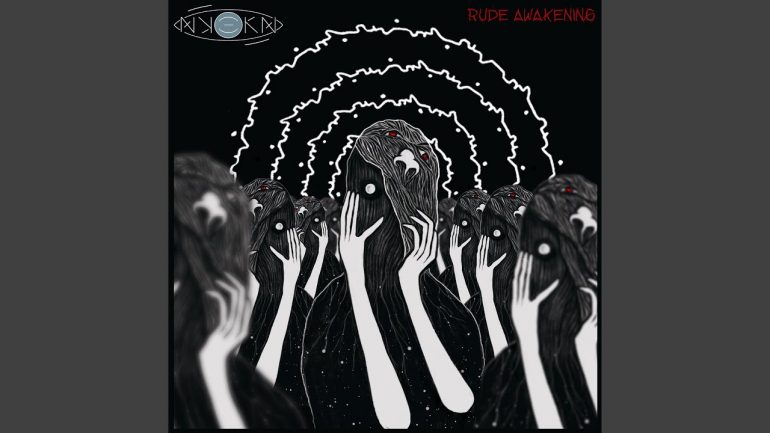 Scouring the open mic scene in Chennai for some time, vocalist Anusha Rema found a collaborator in guitarist and songwriter Keshav M, who had previously been gnashing it up with black/thrash metallers Fobia Deimos. With their project Avekn taking shape by 2019, there seemed to be a new direction for both artists.

Their debut EP Rude Awakening, whose title plays on their band moniker (also constructed as a reference to Anusha and Keshav’s name), offers three tracks that land squarely in the realm of gothic metal, hard rock and alternative. Influenced by American hard rock favourites such as Breaking Benjamin but also heavier, extreme acts such as Cradle of Filth and Soilwork, Rude Awakening melds together Anusha’s growly, deep vocals and high cleans as well as Keshav’s sullen riffage.

Compared to either artist’s previous work, Avekn is a fresh sonic exploration into the dark, menacing and yet accessible. ‘Point Of It All’, for example, digs into a molten riff that can find a home amongst American alt-metal bands and allows room for Anusha to provide an amusing, nihilistic chorus.

Anusha takes on bass duties as well, prominently leading with a few hostile, groove-forming basslines on the centrepiece and title track. Backed by a suitably symphonic/gothic bed of keys, the song takes a turn around the halfway mark into harrowed growls and metal rhythms.

‘Black Leather Brock’, however, sees Keshav bounce off the walls with frenetic riffage and blast beats. While it might segue into a very familiar riff pattern for fans of hard rock, it still doesn’t take away from the intensity of the track, closing out with a seriously arena-ready portion of grooves.

They might just be a two-member studio project for now, but Avekn certainly has the potential to take wreak havoc at stages whenever that’s possible.