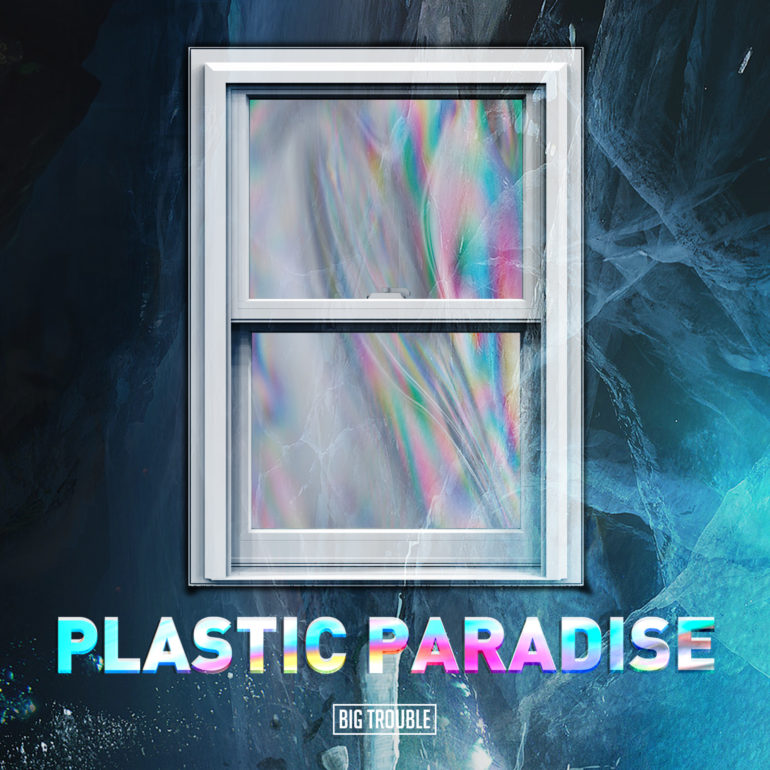 Going into a new decade always comes with a sense of excitement for all the different waters that the world of music would forge for itself. What would the ’20s be remembered for? India’s burgeoning indie electronica scene in its nascent years spawned quite a few “micro-movements” which took its time to mature through a mostly straightforward adolescence. Bangalore based 22-year-old Tanush Hegde, aka Big Trouble presents his attempt at charting new electronic waters with ‘Plastic Paradise’.

Ever since he first stumbled upon electronic music back in 2012, Tanush was instantly hooked and eventually decided to dive head first into the expansive electronic universe. He wears his influences of trap, funk, techno and ambient music on his sleeves. His two EPs No Way Out in 2015 and Hyperglitch in 2019 still saw him trying out new things and finding his sound. He dove headfirst into 2020 first with the psychedelic single, ‘Dizzy’ and now with ‘Plastic Paradise’.

On the new single, Tanush seems more centred and confident with his idiosyncratic fusion of ambient music and IDM. Though not as layered or dense, every element of the song comes together quite seamlessly. The hypnotic rhythm section provides a rich foundation for the groovy synths layered on top of it. In under three minutes, the song is surprisingly fully realised without falling into the trap of sounding like a demo. The steady, infectious beat features unpredictable and erratic switch-ups that keep the experience fresh and exciting.