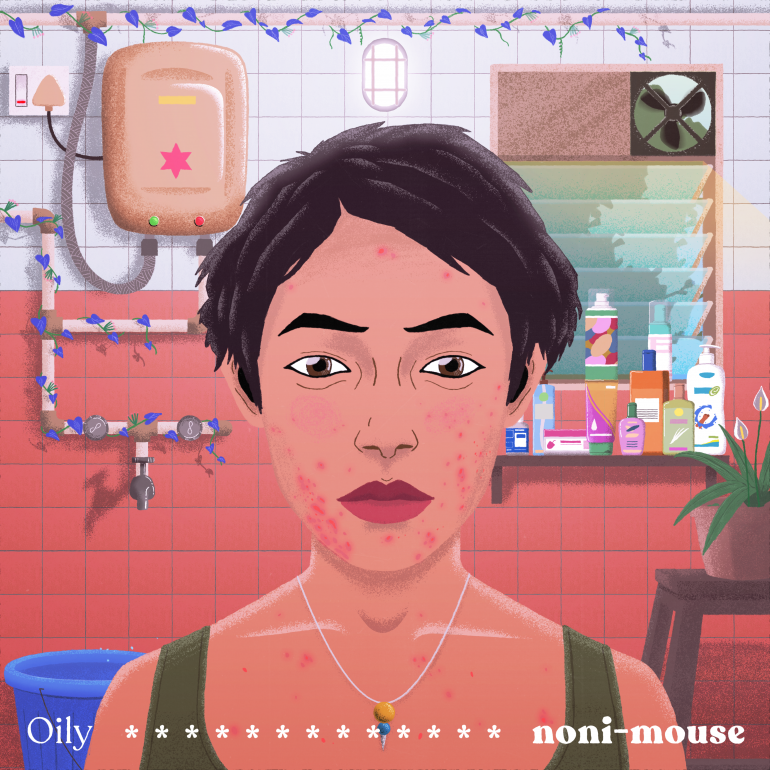 Delhi/Mumbai producer Noni-Mouse (Radhapriya Gupta) has had time to thrive despite the pandemic, performing at Magnetic Fields Nomads earlier this year (premiering a specially crafted set called ‘Sajda’), being part of virtual festivals like Lost Horizon: London Remixed in March.

In addition to compilation appearances and releasing beat packs, Noni-mouse’s approach to releasing music certainly seems to be breaking free of convention. The composer and producer’s latest is ‘Oily’, described as an “audio piece” that you’d find in the podcast section of Spotify, as part of a series called Mouse Trap. Centering on the chopped up voice of collaborator Gia Dhadak, there’s a turbulence present in the piece as well as a rhythm that makes it cohesive.

The two and a half minute tracks starts off dark and pulls out stabs of synth and beats as Dhadak speaks from the anguished perspective of someone uncomfortable in their skin, her voice morphing and corroding digitally as the piece progresses. In a statement released with the piece, Noni-Mouse says, “This piece is all of my anger, frustration and confusion fueled by acne, channeled into one single presentation, to showcase what goes through my breakout-anxiety mind.” In doing a quick dive into the psyche of a person living with acne, the producer explores a sonic palette that mirrors denial, doubt and acceptance in the midst of sonic mayhem, all packed into a short track.