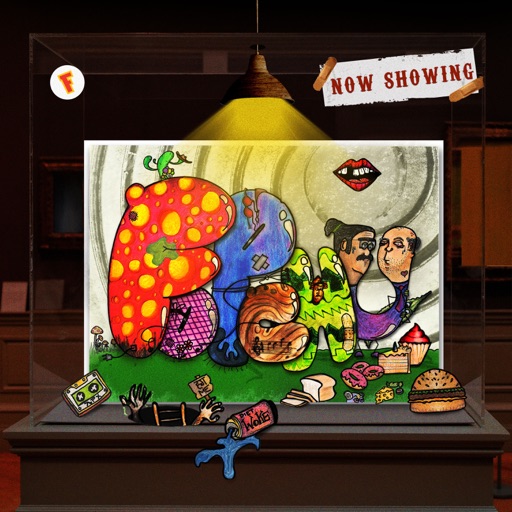 Two years on since their previous EP Milk Bred, which featured the delightfully weird ‘Chapel-O-Fopalop’, the zany former trio/latter duo Fopchu emerge with a new EP Now Showing. The departure of guitarist and “frontman” Kaizad Nariman was a notable dent in an otherwise well-earned rise in popularity and interest. On this EP, the remaining members Shantam Khanna and Siddhant Subs seek to cinch up the hole left by Nariman with the inclusion of an assortment of guests. Sanchal Malhar, initially stepping in for the outfit’s live performances, assumes the vocal duties on EP opener ‘Shantam Of The Fopera’, while Mahima Dayal and Stefan Kaye of The Ska Vengers and Jass B’stards make appearances on ‘Time & Time Again’. EP closer ‘Dil Billy’, features Nariman through some smart sampling.

A play on ‘The Phantom of the Opera, opener ‘Shantam of the Fopera’ is an extension of the band’s existing sound. Perhaps electro-ska or digital funk, the song uses some spooky organ, not unlike the musical, a tongue-in-cheek homage to their quirks as artists. ‘Time and Time Again’ features nods to older iterations of their music, going as far back as jugband and skiffle through washboards and melodica provided by Stefan Kaye, a purveyor of the weird and wonderful in his own right, while Mahima Dayal reveals another side to her Bawari Basanti persona, featuring on some clever harmonies in the chorus. The shuffle continues into ‘Dil Billy’, this time peppered with plenty of skronk and glitch through Nariman’s sampled vocals, suitably skewered, mutilated and put back together over a bed of electro gypsy funk.

While very laid-back and playful, Now Showing is equally driving and cinematic, with nods to FOPCHU’s established sound deviating into weirder territory every now and again, resulting in an engaging listen that’s short and sweet.