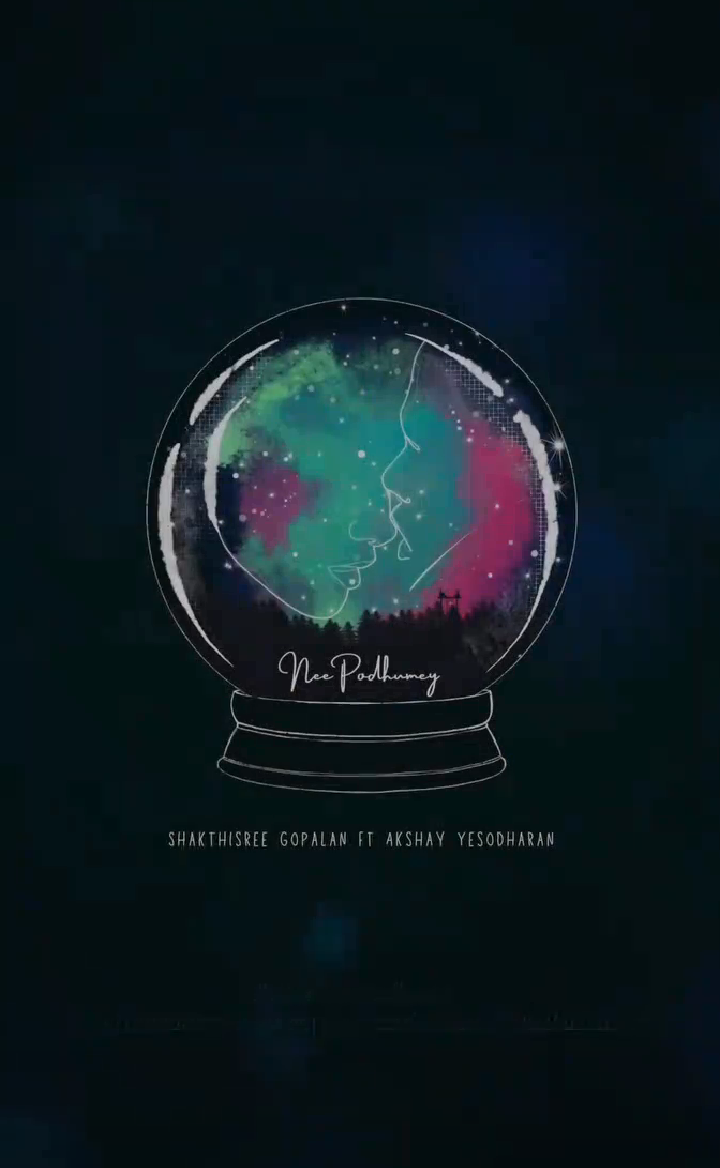 Shakthisree Gopalan is generally recognized for her vocal contributions to memorable tunes from the Indian film music industry. The singer-songwriter from Chennai has featured on over 100 songs on soundtracks from the likes of AR Rahman, Anirudh Ravichander, Harris Jeyaraj and Santosh Narayanan, winning several accolades for performances in various regional languages.

Gopalan has also been a regular fixture in Chennai’s independent music scene since 2008 with erstwhile bands like Off the Record and The Pyjama Conspiracy. Her original music has also featured on the Ashanti Omkar Show on the BBC Asian Network Radio, with the honour of being featured as ‘Track of the Week’, the Apple Music Newsletter and top editorial playlists on major streaming platforms.

On ‘Nee Podhumey’ (roughly translating to “All I need is you”), Shakthisree teams up with guitarist and songwriter Akshay Yesodharan, currently a performer with Big Sam, and the Chennai Street Band. Harnessing the most telling attributes of genres like country, folk and Indian classical, the songstress engages with Yesodharan to craft a sentimental duet about trust and tenderness.

Akshay’s arrangements, including work done by Kalyani Nair on strings, take advantage of Shakthisree’s cinematic prowess to create a compelling ode to romance, accompanied by lyrics of endearment, desire and reassurance. Mixed by Toby Joseph, the song is perfectly suitable for Valentine’s Day release, with a music video soon to follow.