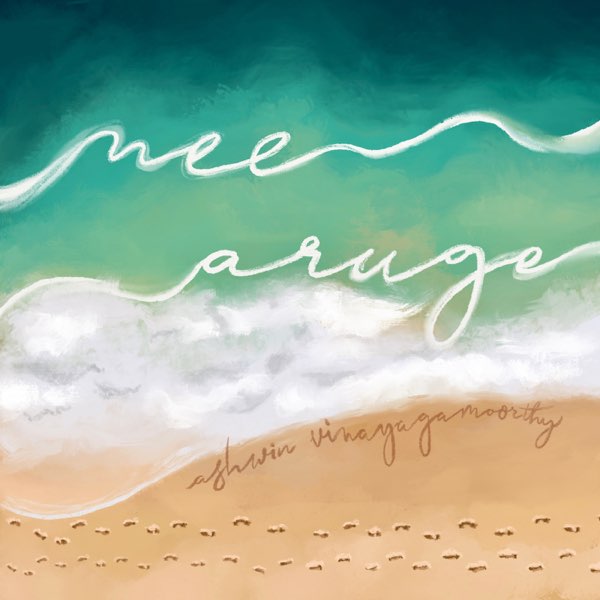 Chennai-based producer and engineer Ashwin Vinayagamoorthy shines a light on some self-made material with his release ‘Nee Aruge’. Ashwin has previously lent his services towards singles by Kevin Fernando and acts like Coconut Milk Project while operating out of his proprietary space in Chennai, Shimmr Studios.

Primarily a film composer, Ashwin keeps the adventurousness to a minimum, walling the production within those familiar parameters. A duet, ‘Nee Aruge’ is a sweet, laid-back and breezy ode to the relationship between Ashwin and his wife. “Love is complex, but the song needn’t be. It’s best heard on romantic drives, chilling by the beach or with a cup of coffee, flanked by your significant other in bed.”

The lyrics by Suthan Bala lay out conventional romantic tropes – sticking together through good times and bad, complementing each other – without dialling up the insanity. Performed by frequent collaborator Kaustubh Ravi and Kamalaja, the song boasts a simple and hummable melody, with keyboard soundscapes created from Nords and Moogs, bolstered by classical and acoustic guitars along with a contemporary RnB backbeat.

Released on 7th May, 2021, the song appears in the short film ‘Section 297’, directed by Shree Khannan and starring Vignesh Kumar and Shwetha Gai. The track comes with a lyric video online featuring the actors.