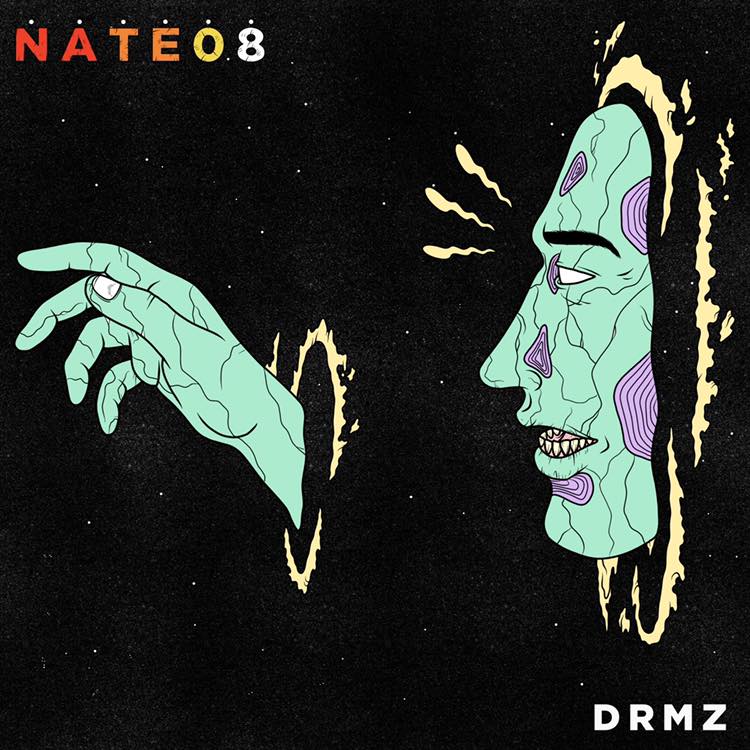 Nathan Thomas aka NATE08 has released a new EP titled DRMZ after months of concocting tunes in his bedroom. The bass player and musician has found himself dabbling with some electronic music as a part of his new solo project. The Lo-Fi Producer has tinkered with the use of distorted samples and hip-hop chops to create the crux. Artist Azamaan Hoyvoy’s vocals feature on alternating tracks of DRMZ and make for an interesting complement to the tracks.

A few cursory listens of the EP and it becomes fairly evident that Nathan knows his sounds. His music comes from a slew of influences especially R&B, hip-hop, and jazz. The use of samples across DRMZ is not only ambitious but also quite generous. Mixed and mastered by Sid Shirodkar, the production on this EP is considerably punchy for a bedroom DIY.

DRMZ opens with its titular track, a downtempo mood banger. The wish-wash of Hoyvoy’s vocals against the soundscape is almost seductive. The lead track segues into the more synthy ‘019’. Followed by ‘No Love For The Cyborg’, it is easily the most accessible tracks on the EP. It samples heavily from ‘Laura’ by Brian Benett.

‘Pale Blue’ features fragments from Carl Sagan’s speech, “Pale Blue Dot”. Having been named after the same, Nathan diversifies by engaging with a more groovy vibe on this cut. The track has sampled from the tune ‘Give My Fire’ by Roberto Fogu. The EP immediately jumps into a more hip-hop influenced cut with the EP closer ‘Money Come Money Go’.

Moments on which the EP shines are definitely the opener ‘DRMZ’ and penultimate track ‘Pale Blue Dot’. Nathan attempts at creating a unifying experience amongst a confluence of influences.  It’s a young, terse EP, standing at under 10 minutes making for a bite-sized listen. The short runtime of about two minutes a cut, however, leaves us with a little more to be desired. Nevertheless, NATE08’s flair for creating is a precocious, young talent and we hope to see a more seasoned NATE08 record in the future to come.