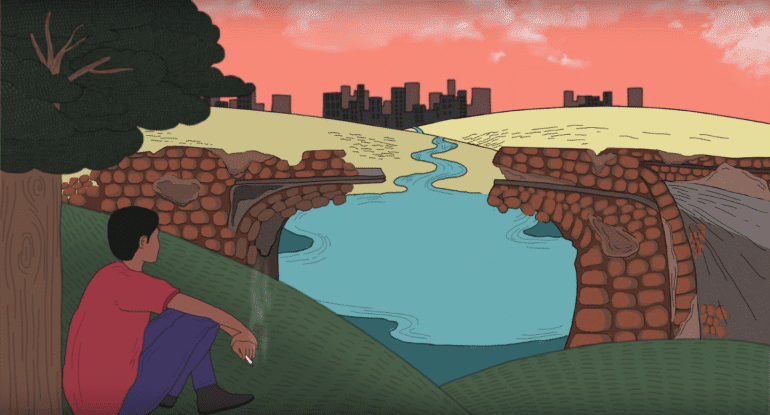 Mumbai based six-piece alternative rock band Pull claims that their roots are from Kolkata, but one listen to their music would result in calling them a universal breed. They recently released their second single.

‘Pull’ that means a bridge in Hindi, is a portrait of the connection between the past and future. The words, though imprecise in parts and grammatically incoherent here and there, carry an essence which is a searing plunge into the core of the human psyche – how the past defines our lives even though we try to burn those bridges.

Lively yet subtle, minimalism is key to their sound, with various layers of instrumentation flowing over one another to make a swaying concoction of beautiful sounds.

A lot is going on in the song, but nothing becomes overbearing. Even the emotive and beautiful bass solo has its unique importance and leads up to the urgent vocals which bounce the song into a whole new dimension. The production particularly is top notch as evidenced in their earlier single ‘Aye Aye’, which was incidentally mentored by Amit Trivedi.