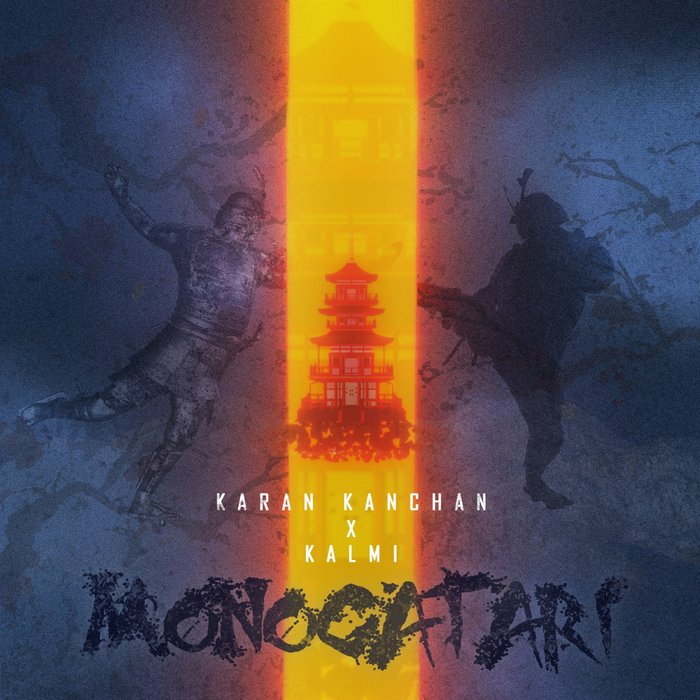 Producers Karan Kanchan and Kalmi unveiled an epic, cinematic music video for their single, ‘Monogatari’ last week. Synonymous to ‘tale’ in Japanese, the visuals explore the journey of Samurai Kagami on his way to the Flying Temple, just one step away from the culmination of his path to become a samurai.

The project features international collaboration made possible by the internet and was several months in the making. “I always wanted to do more than just releasing music. More than just a SoundCloud link, more than just audio platforms. A story that develops and opens up with each of my song releases. An audio/visual experience!”, wrote Kanchan, after the video’s premiere.

The explosive J-trap (Japanese trap) track keeps heartbeats soaring and its immersive universe will have you at the edge of your seat till the end. Built over a Japanese-type loop, the soundscape is busy and bassy with drops drenched in skittering dubstep. Co-directed by Kanchan himself, it’s an audio-visual treat anchored by action sequences and the symbolism of Japanese daruma dolls.

The Bombay-based producer has been releasing a series of J-trap audio-visual packages, with April’s ‘Daruma Dub’ being the last instalment. This is also his third collaboration with Kalmi. Kanchan has worked with the Gully Gang crew and co-founded Jwala, a producers collective, and Neckwreck, a gig series for bass music.

Kalmi aka Kalimireddy Nikhil is a composer-producer based in Hyderabad. Nikhil’s music has been released under French Label Otodayo Records and homegrown indie label Nrtya. His last release was ‘Multiplicity’ alongside Three Oscillators.