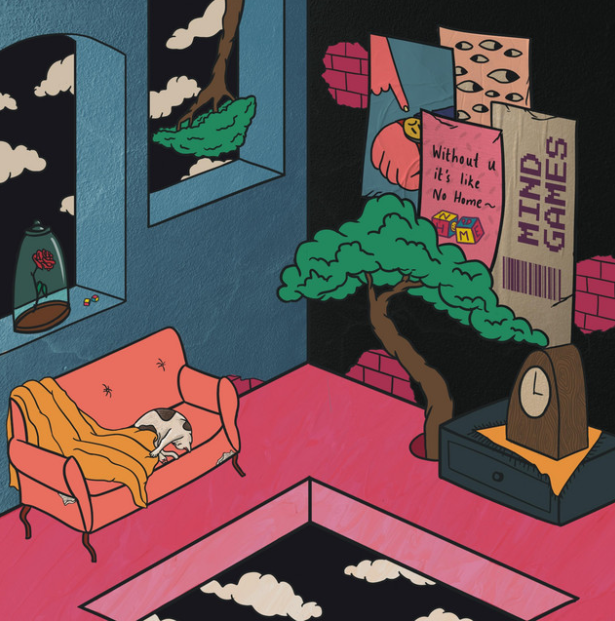 Listen: Mind games by No Home

Emerging from the ever-churning whirlpool of the Bengaluru underground are the duo of Mary Ann Alexander and Tejas Ramakrishna, presenting themselves as No Home. Steeped in traditional pop with lo-fi aesthetics, the pair have unveiled their debut EP Mind Games, a concise four-track offering jam-packed with promise and potential.

Right from the “What do you do?” of the self-titled opener, the images conjured are grainy VHS footage of yourself in the mirror, flashing a peace sign as you zoom into your own face in comical irony.

The duo manages to extricate a ton of sonic mileage backed by repetitive loops in songs like ‘race’, a straightforward waltz, carrying a ton of emotion and drama and tasteful guitar playing.

Sidestepping genres, ‘judgemental fool’ places Mary Ann’s RnB croons over a backdrop of disco funk. The production, while skeletal, shows heaps of character as studio tricks are subbed out for airtight songwriting that does the heavy lifting of creating atmosphere. The songs emanate a similar haze as duos like Cults and Best Coast without the grime and grit, those traits substituted instead for adventurous vocal runs and harmonies in straight ballads like EP closer ‘i hope you know.’

Mind Games is an exciting start for a pair that are still finding themselves but are exactly where they need to be.