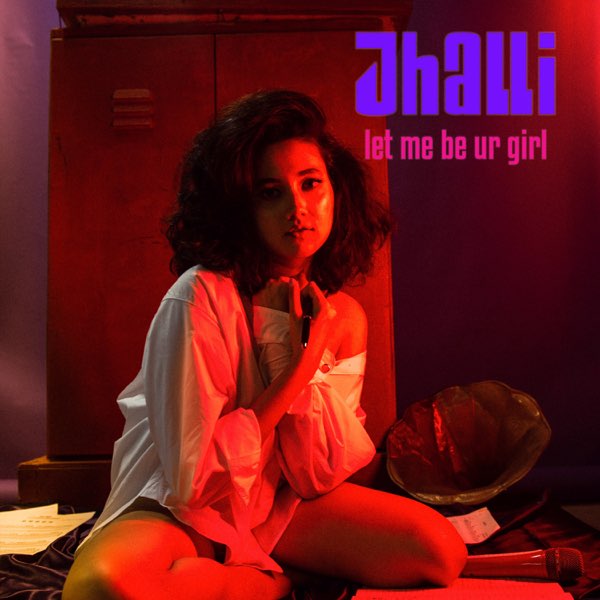 Listen: Let Me Be Ur Girl by Jhalli

Tangled up in obsession, love and all the confusing, complicated grey areas in between, singer-songwriter Jhalli aka Aaliyah Qureishi finds a way to waltz through it in style on her single ‘Let Me Be Ur Girl’.

A continuation as well as a transformation of sorts for the pop artist, Aaliyah was also releasing music under the name Jhallih as early as 2018, even as she moved from Mumbai to the U.S. to study at the University of Southern California. As per her own statement, the artist took on the moniker because she was often being derided of tomboyish behavior. “Finding humor in the fact that her self-expression was met with such disgust and horror, she chose to embrace the name and proudly reclaim its power,” she says in her press kit.

Part of reclaiming the power, perhaps, is the sensuous, fun-loving sonic aesthetic of ‘Let Me Be Ur Girl’. Over swirling, jazz-informed music created by Los Angeles-based producer Jynjo, Jhalli’s vocals flitter between slick pop, soul and more, as she puts forth a proposition to an ex-boyfriend’s former girlfriend. Through this added lens of queerness, ‘Let Me Be Ur Girl’ also becomes a track that Jhalli feels will represent LGBTQ+ stories.

The song is taken from her upcoming record called Why Should I. It takes its name from a catchphrase that she got from her grandmother. “[It] celebrates all our ancestors who had to rebel against the norm to give us the rights and freedom we have today. When society tells you [that] you should do something that doesn’t agree with your principles, it is about asking, ‘Why should I?” Jhalli explains.

The song is currently out exclusively via Apple Music and is slated to hit wider streaming platforms on September 2nd, followed by a music video later in the month.