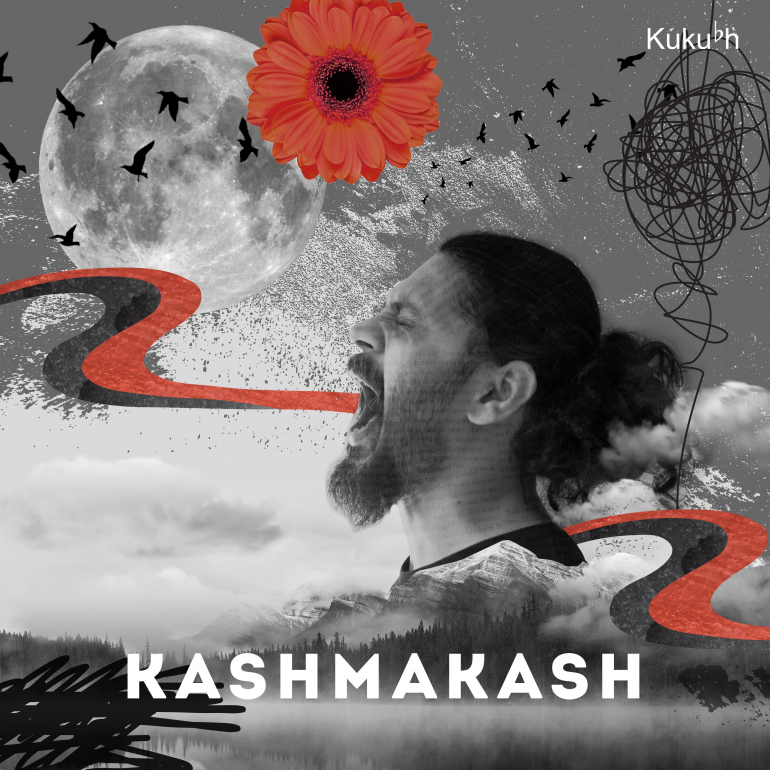 New Delhi singer-songwriter and producer Kukubh traverses multiple movements in the span of five and a half minutes on ‘Kashmakash’.

In his pursuit of presenting a prog-informed song, there’s wavy, psychedelic guitars in the vein of Pink Floyd that bleed into a lowkey drum lead. It’s only around the 1:40 mark that Kukubh begins singing, throwing his voice as far as possible, quivering at times to match the emotional intent of ‘Kashmakash.’

Joined by bassist Mayank Sharma and featuring lyrics by Hemant Meghwal, the central portion of the song accelerates wonderfully, menacing, wiry guitars clashing against synth and drum work. By this point, you’re alf-expecting a breakdown with the searing intensity he’s built up of synths and swathes of riffs. Kukubh does leverage the rhythmic tension but goes back into psychedelic rock mode as he closes the song out with a guitar-centric trip.

Kukubh says in a statement that ‘Kashmakash’ is about the paradox of choice. He adds, “A lot of times, for a lot of us, choosing one thing over the other isn’t always straightforward. We find ourselves torn between the logical mind and the metaphorical heart. Who decides what’s right and what isn’t? This song talks about this struggle.”

The song is the artist’s second release this year, following his July release ‘Neech’. His October 2020 debut album Naasamajh, described as a collection of songs, was certainly a different direction for Kukubh, its jangly, wandering pop-rock in the vein of ‘60s and ‘90s rock.