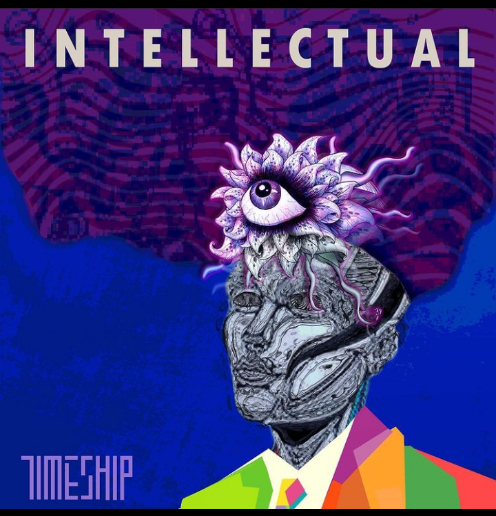 Bangalore-based Siddharth Pradeep AKA Timeship answers the rarely-asked and kinda-weird question with a new single. ‘Intellectual’ splashes around with the joie de vivre of funk, the boisterous blitzkrieg of 80s pop and some semi-clever, partially awkward wordplay to put together a few minutes of clean, creative auditory fun.

According to Pradeep, “The song follows the story of an egomaniac who spends all his time talking about himself in a desperate attempt to climb to the top of the social ladder. However, he is constantly aware of the façade he puts up and this cognitive dissonance causes him much grief.”

Apparently, he was inspired by rage towards self-styled ‘experts’ populating the internet with unsolicited, inaccurate information as the pandemic hit in 2020. He goes on to say, “The ego trip experienced by social media keyboard warriors was my main inspiration for this song, along with the sheer number of ‘experts’ in the news who had either devised their own ways to cure the coronavirus or had convinced themselves (and some others) that the pandemic didn’t exist.”

However, it’s Pradeep’s sound that arrests attention, rather than his intent. It’s hard to care about a narcissistic emotional vampire when there’s a Commodores style chorus to be bopped to. His vocals aren’t nearly as impressive, but that doesn’t put much of a dent in the song. You’re too distracted by the bright lashes of dance-ready R&B, rainbow-sprinkled with flecks of that smooth soul sound.

What’s more impressive is that the genre is a first-time departure from his usual classic rock fare; his first attempt at experimentation has gone rather well.

Pradeep’s confessed exasperation with the digital world of uninformed opinions does come through in his lyrics. There is some awkwardness in conveying the narrative he claims to be driven by; the verses are tinged with an edge of clumsiness. Yet, the instrumentation goes over and above to make up for it, and leaves the listeners with an earworm playing on their nostalgic nerves.