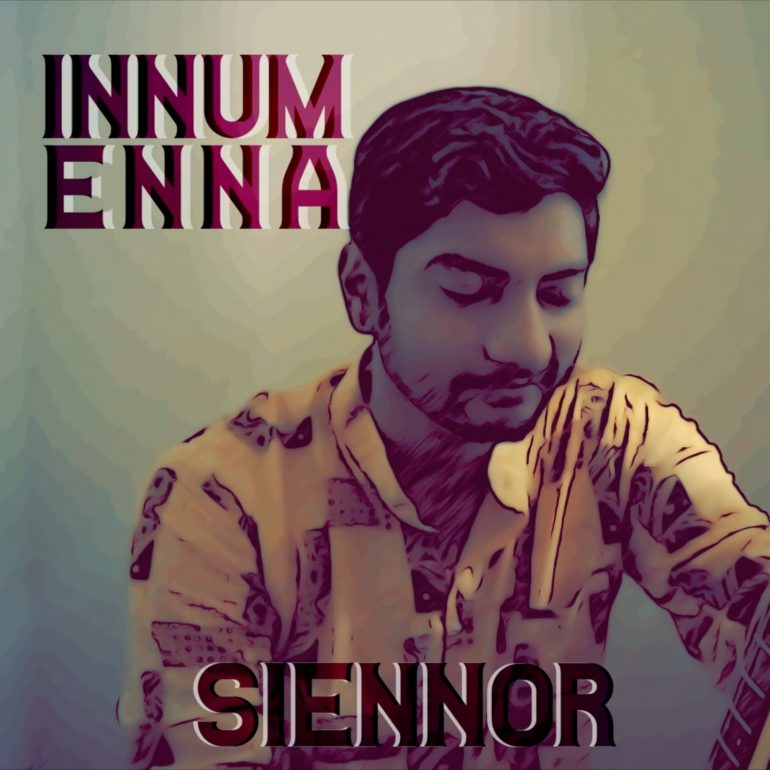 The prolific Tamizh independent songwriter Siennor has been making strides ever since dropping his first releases in 2017. Of these releases, ‘Ponnira Maalai’ struck a chord, both in its nostalgic treatment and the accompanying video which featured nothing else but the artist and his guitar. Releasing more material in short bursts, Siennor’s sound evolved to include a band while still maintaining the music’s evocation of Tamizh cinema’s more fertile periods. The artist also recently released a single ‘Innum Enna’, with an accompanying video.

Siennor describes ‘Innum Enna’ as “an abstract romantic piece, an invitation to romance.” Translating to “What now?”, the song describes a protagonist inviting a lover to come over, despite the odds that societies and families have placed before them. The song skips between tempos in a warbly, woozy manner almost tripping over itself. Siennor keeps the bells and whistles that have set him apart: the waltz-like rhythms, simplistic chord structures.

There’s nothing to drag a listener’s attention away from the song’s message, no histrionics or distractions. The accompanying video is designed as an oner, with the artist heading to each instrument in his recording space as they appear in the song. He breaks away momentarily, walking to the next room to check on his friends and his cat. Ideated by Ishvar Krishan and shot by Vigneshwaran, the song also features additional vocals from Three J Kanth and Roshini.