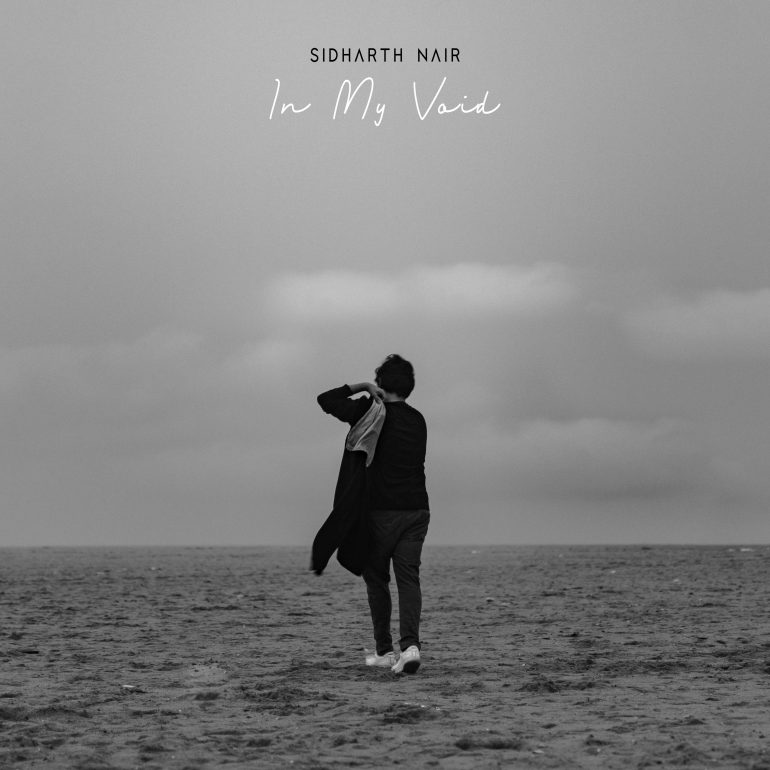 Listen: In My Void by Sidharth Nair

In all five tracks in his EP In My Void, Sidharth Nair blends a fluttery melancholy with undertones of ominous, soul-darkening grief. He has a willowy, Sam Smith meets Chris Thiel’s mandolin-kinda voice taking listeners through a mellifluous chronicle of how bad it hurts to lose someone who meant something.

In the hands of producers Ashwin Vinayagamoorthy, Sivanesh Natarajan and Michael Timothy swirl of dreamy strings, and synth-pop scented pirouettes around Nair’s melancholic vocals signal a heartbreak with “What do I do to take you back home?/Every single day, I wish you could stay” in ‘Stay'(ft. Nami).

He runs the gamut of sad-soul subjects – seeking lost love in scraps of memory, asking impossible questions like “Why don’t you let me rewrite our stars?” in ‘Summers & Storms’, triggered by the feeling of being metaphorically lost at sea.

‘Wander’, released earlier in Feb 2019 with Rishab Ravi was Nair’s debut single, and despite its youth, revealed a songwriting mind that was prone to asking hard questions of itself. His words sometimes fall into a cliche, but a fresh, deeply pleasant musicality that never abandons its profundity keeps you pressing the play button. Nair’s quivering falsetto catches the air, a perfect peak to his breathy vocalization.

Flaked with scrapes of guitar, ‘In My Void’ is a particular tapestry of vulnerability; the lover’s heart surrendering to it’s no-flourish, no-ceremony descent into despair. Call it rock-bottom if you will, but there is a palpable sense of “This is it” when Nair hits the chorus. His emotional exhaustion has slammed into its own climax; the heart is broken and spent.

The last song ‘Afterglow’ is almost redemptive. Nair recognizes his grief, accepts it, reconciles with it and gives it its due. He emerges a man with a better understanding of his own quiet, personal Purgatory. There is tangible growth, and beginnings of letting go – the rigorous, driven-by-desolation type of letting go.