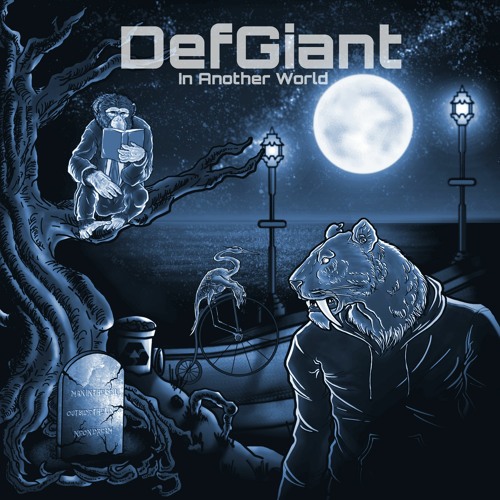 Listen: In Another World by DefGiant

Experimental rock duo DefGiant dropped its first collaborative EP In Another World on Soundcloud last week of April. The EP is now available on all streaming platforms.

The brain-child of Mumbai-based musicians and Blakc bandmates, Reinhardt Dias (guitarist/producer) and Varun Sood (drummer), the entire project is mixed and mastered by Reinhardt Dias, who also operates a studio with the same name – DefGiant Productions.

Running just short of 13 minutes, the EP opens with ‘Man In The Cell’ – an experimental and dark rap-rock track featuring Mumbai-based hip-hop artist Tienas and vocalist Pratika Prabhune. Another Blakc bandmate, Sourya Mukherjee, takes on the bass duties for this one.

Reinhardt and Varun first conceived the idea of this musical exploration while working on music for their band Blakc, back in 2014. Over the years, the duo had tinkered with some ideas, but never really released the material. After a lot of coaxing and support by peers, they finally dropped this EP under the project name DefGiant.

The duo has no immediate plans for Defgiant following this EP and will instead focus on Blakc and their upcoming record.