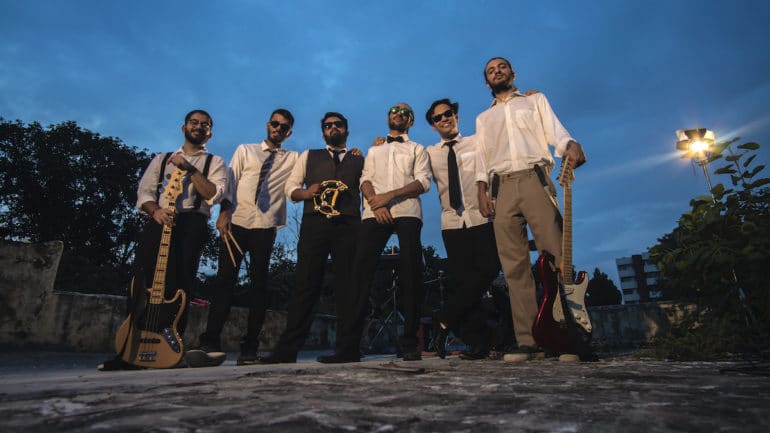 LISTEN | Funky new single Did You Just Assume My Fender? by The Revisit Project

Delhi-based jazz and funk band, the Revisit Project, has released the first single — ‘Did You Just Assume My Fender?’ from its upcoming EP Brown Man’s Funk.

The track catches infectious groove right from the first wah-wah peddle infused guitar and the tight rhythm. The main melody rendered on the saxophone never overpowers any other instrument despite the fact that it is clearly paving the way for the others in almost all their previous releases. The video accentuates the funk of the song with Steve Peter’s neon-charged (but restrained) animation.

The Revisit Project has garnered a committed fanbase in the country’s capital. What makes the band stand out in today’s times is their prolificity. Not only are they regular with creating music and playing shows, but the band has managed to sustain quality through all of that. They released their debut EP, Here We Go, in January this year.