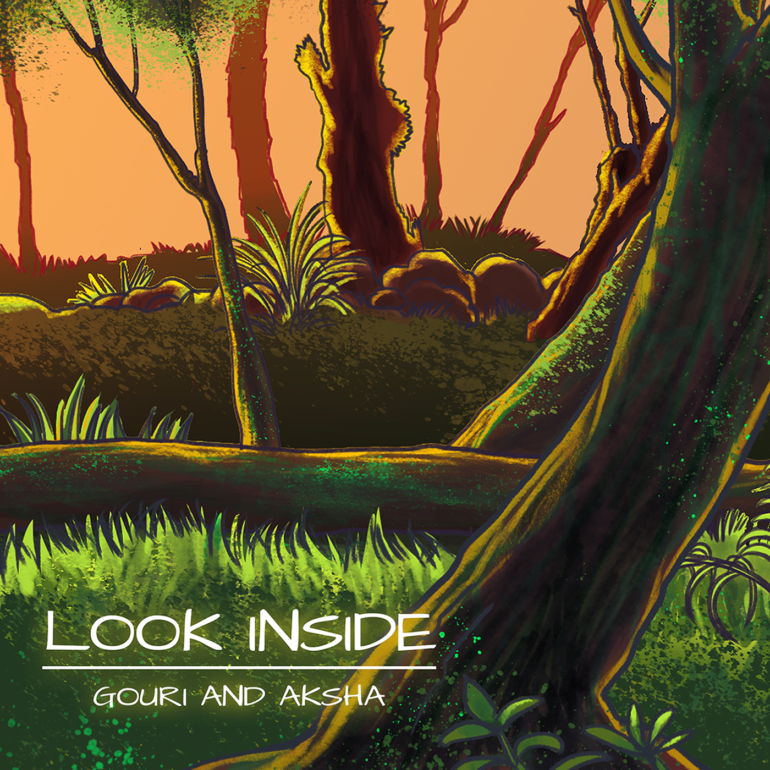 Listen: Gouri and Akshas psychedelic introspection on Look Inside

Gouri and Aksha are a singer-songwriter-pianist duo based in Mumbai. Riding on the coattails of the neo-soul uprising, the duo brings a unique fusion of all their musical influences and internal conflicts on their debut release, ‘Look Inside’.

From the wailing psychedelic synth intro to the multiple movements and passages stuffed into a track just over four minutes long, they leave no stone unturned in their experimentation. The chaos of the trumpets and trippy time signatures juxtaposed with the soaring synth leads and pulsating bassline open up Pandora’s Box to unleash the conflict and disaffection of the track. The track, at its core, marks the duo’s sudden realisation of their troubled psyches when their wounds shimmer in the spotlight. The voices in their heads and the chaos that comes with it call for a total system reset in order to introspect and get things in order. The funky, yet sombre guitar seems to emphasise the ennui and vague sense of disaffection of the track.

However, the standout characteristic of the track is the vocal performance by Gouri and Aksha. The meeting of the two musicians and the subsequent birth of this project is serendipitous in its own right. Both singers support and push each other in a continuously escalating emotional spiral. They harmonise and step in and out to create a whole that is infinitely larger than the sum of its parts.

‘Look Inside’ is the birth of something more than just another neo soul- synth pop outfit. Gouri and Aksha’s unique and personal approach to songwriting and music production stands out in our increasingly saturated landscape of singers with ukeleles. Their direction henceforth is exciting to say the least and will definitely stick to our radars.