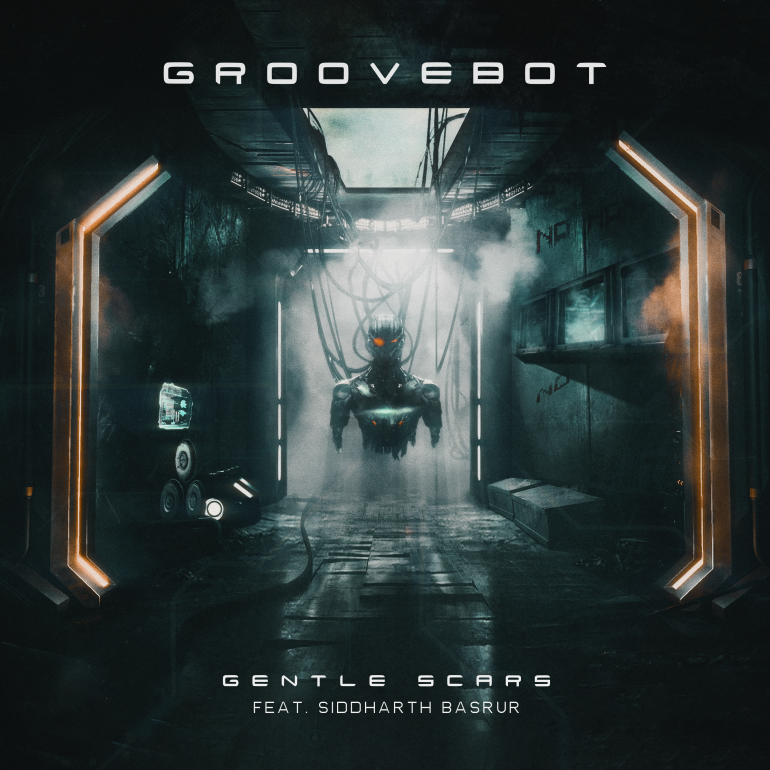 Released on YouTube on January 22, the song receives an exclusive streaming premiere on Apple Music from January 29. Agharkar, who is part of fusion rock/metal band Paradigm Shift and a purveyor of grungy riffs for rock act Hook, launched GrooveBot last year with his debut single ‘Toxic’, featuring vocalist and rapper Pratika Prabhune on the angsty, nu-metal informed track. With ‘Gentle Scars’, we hear GrooveBot take to synthwave and ambient elements, before bursting into familiar riffage that launches the song into a wider rhythmic space.

While Kadam holds down a fist-tight (and occasionally rattling) low end with his bass work, Basrur adds powerful vocals but also gets to show off some really pissed off snarls. In delivering lyrics about internal strife, Basrur brought out words he had written nearly three years ago. He says in his statement, “[It was written] at a time where I felt I could be doing so much more but was in a spiral of self-doubt and stagnation.”

Adding to the industrial rock and metal aesthetic, ‘Gentle Scars’ is supplied with a slick, surreal videogame-esque music video made by visual studio Dark Matter, employing the Unreal Engine. While it’s usually a tool for game development, with ‘Gentle Scars’, we get to see a robot-like lifeform armed and on a mission, with swiveling ghost-mode views and sinister sights.