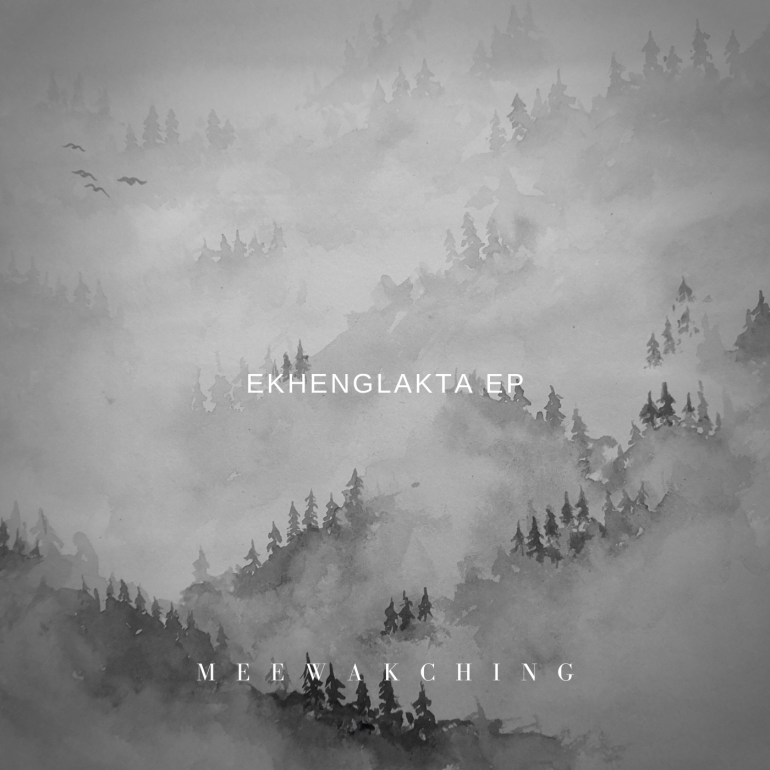 In what can perhaps be called an endearing testament to their DIY and indie ethics, Imphal band Meewakching printed out 60 CDs of their debut EP Ekhenglakta and headed out to deliver them and distribute them in different parts of the city.

The ethereal, lo-fi and shoegaze informed sound of Meewakching heard on this EP comes about a year after one of their runway hits – ‘Taibangduna Changlaktringei Manglanshida Ngaihak Leisi’ which released in 2019 and currently has over 200,000 views for exuding the apt radiance of an indie love song – that surprisingly didn’t make it to many ears outside of Manipur. Nevertheless, it created a homegrown hit that many Manipuris appreciated for not being formulaic.

It was the third single by Meewakching, who came together only early last year, but comprised members who had been longstanding friends. Vocalist and guitarist Silheiba Ningombam tells us, “Ronald (Sorokhaibam, drummer), and I have been playing together since 2012. With Swami (Laimayum, bassist), three of us played as a band too. But Meewakching was formed in early 2019 when Sanahal (Phairenjam, violinist), and Dingku (Sorokhaibam, guitarist) completed the line-up.”

Ningombam is one of the primary songwriters who brought a bank of songs to the band to work on, which led to singles as well three out of four tracks on Ekhenglakta. He says, “The songs of the EP were written in 2018 before Meewakching was formed, except for the last track (‘Phungreitang’) that was written after I visited Ukhrul for (music festival) Shirock in 2019.”

Within a year of coming together, Meewakching had a few important gigs come their way, including Where Have All the Flowers Gone, curated by folk act Imphal Talkies and the Howlers’ frontman Akhu Chingangbam. “We would love to travel outside and play at various music festivals too. We had plans for 2020, but this pandemic happened and releasing the EP was the only thing we could do this year so far,” Ningombam informs us.

The EP is definitely a worthy offering at a time when bands can’t tour, showcasing choppy indie rock on ‘Higok Machugi Telangga’ (reminiscent of Death Cab for Cutie), psychedelic lo-fi yearnings (‘Ekhenglakta’, ‘Karigumbada’) and sparse but soulful songwriting (‘Phungreitang’). Ningombam says about the tracks, “The songs talk about nostalgia, friendship, love, loss. . . ‘Ekhenglakta’ is set around Loktak lake and its vicinity. And ‘Phungreitang’ is the name of a town in Ukhrul district.” While live shows are still a while away, Meewakching are planning more ways to push the EP. “Music videos are coming up… working on the videos is what we can do now,” the frontman says.