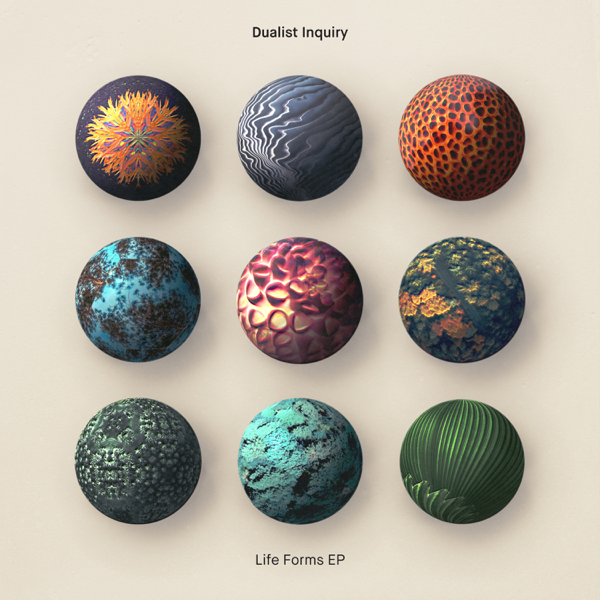 The meteoric rise of Dualist Inquiry over the course of this decade is not to be taken lightly. The solo project is the brainchild of Delhi based music producer and guitarist, Sahej Bakshi. After graduating from the Thornton Music School at USC, LA, he moved to India in 2010.  The chopped up and pitch-shifted samples on his breakout album, Doppelganger back in 2013 thrust him into the spotlight of the electronic music scene of India. His signature sound is instantly recognisable and perpetually enjoyable. After further refining, his sound on the more mature and composed Dreamcatcher in 2016, Sahej saw fit to release a few singles here and there with no major album drops on the horizon.

His next outing is the EP Life Forms. Consisting of three tracks and a club edit, the EP clocks in at a modest 23 minutes. The music on this EP is laser focussed on the exploration of a singular idea. The idea of tension versus release, of ebb vs flow, of anticipation and catharsis. The intro to the title track features a sample of narration of Conway’s “Game of Life” over suspenseful notes. This leads into a very danceable EDM banger with hazy synths and skipping hi-hats. “Delta Waves” is a song that is entirely an exercise in how much Sahej can tighten up the tension. Most of the song is buildup with tense synth leads looped over urgent and chaotic drum beats. The hypnotic and pulsating background draws you in for the entirety of the song’s runtime. “Echo Park” is a serene closer to this trilogy. Half the song features drawn-out tranquil synth leads which immediately segue into a second-half filled with bouncy disco beats that end the trio at an energetic high.

This latest crop of tracks from one of the most exciting electronic music producers in India is a tight, focussed exploration of the best possible use of tension. Bearing little or no resemblance to his previous two albums, this EP feels like a detour or him airing out a bunch of ideas eating away at the back of his mind. A project that is so brief yet so well realised does not come along very often. Dualist Inquiry will definitely be on our radar for what he plans to do next, hopefully in a much larger capacity.