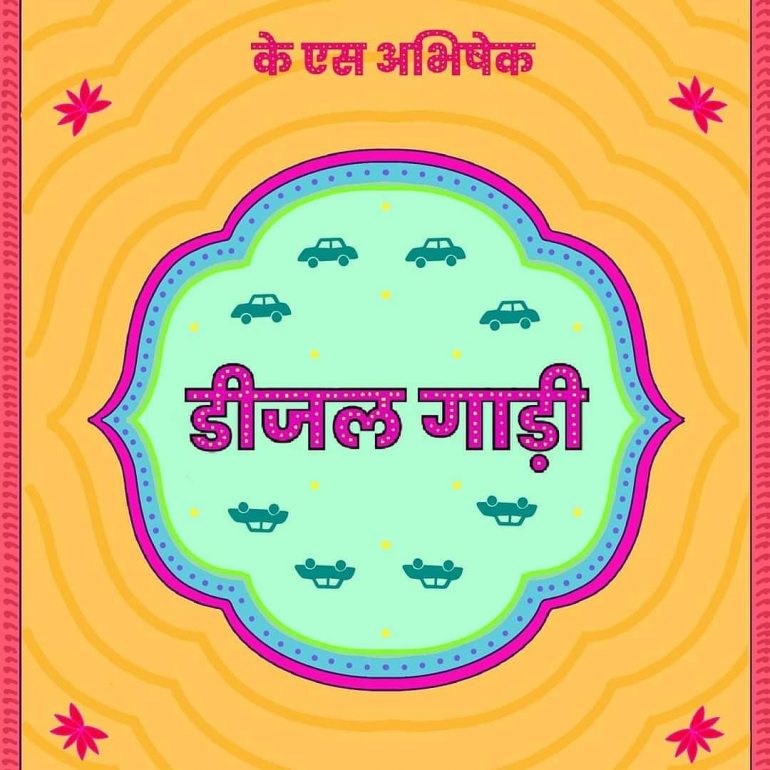 Ever thought about what is essentially an Indian rhythm? A beat that makes you forget societal constraints and dance unashamedly. That is precisely what KS Abhishek, a budding producer from Kolkata, is tapping into with his lively tracks.

His latest offering ‘Deejal Gaadi’ has all the right elements of hip-swinging grooves, melodious music, raucous vocals and truckloads of colour that will scandalize cultural gatekeepers, yet has the potential to be played at weddings and festivals, loudly and pompously.

Designed in the format of a live show that happens in villages or even neighbourhood programmes, an emcee first announces the ensemble before the song starts. “It talks about a village girl who’s madly in love with a man who drives a car in a foreign city. And she doesn’t care even if the villagers call her names,” says Abhishek.

The Hindi lyrics have been penned by Abhiskek and his naani (maternal grandmother), who lives in rural Uttar Pradesh, who was the source of inspiration for his previous single – ‘The Naani Song’. Singing duties were taken care of by Indian classical proponent Sukanya Chattopadhyay.

A wonderful concoction of the traditional and the modern – the best part of the track is the music. Incorporating Uttar Pradesh’s folk music, along with stray Bhojpuri elements in the lyrics, the electronica plays inside the folk tune. Hence, the folk essence is not distorted.

Instead, he actually uses the gaudy melody played on the harmonium to produce a vibrant soundscape that is somewhat comical too, as numerous voices punctuate the song with exclamations and passing comments. It brings out the communality of a small village which has been stoked with the scandalous excitement of a love affair.

He also uses car honks intelligently, adding flavour and giving the sense of actually riding a car. Additionally, the bumpy movement of the music gives off another very Indian feeling of travelling on pot-holed roads.

While Abhishek surely shows potential to become an electronic producer to be reckoned with in the future, his music provides an interesting template of where the fusion of electronica and folk might be headed.