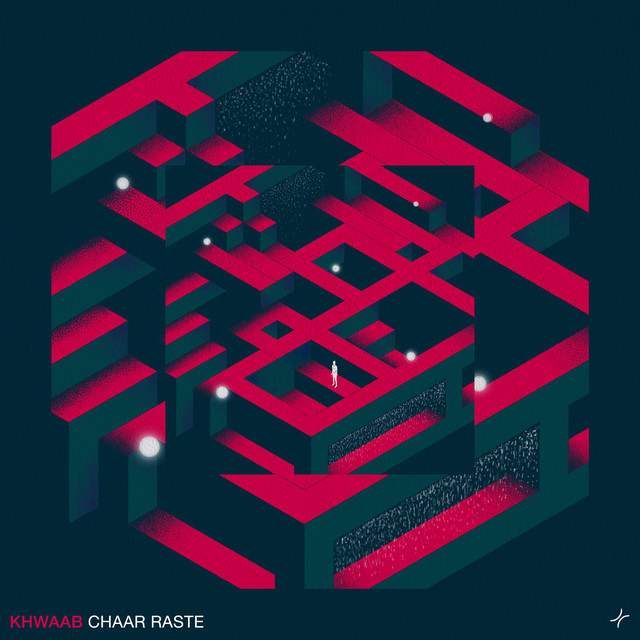 While digging through his various social media, Nishant Nagar may seem like a newcomer to the indie circuit. In his first foray as Khwaab, the producer comes into his own with glistening electronica married with soulful Hindi vocals; two worlds that are often exploited till parody, often written off as ‘remixes’.

As Khwaab, Nishant strives to paint a picture of the struggle between the personal and the professional, a war within that’s all-too-familiar. ‘Chaar Raste’ highlights everyday anxieties, exacerbated by the loss of someone regarded as a guiding light. Anxieties brought about by past incidents that leave a lasting impression on future decisions. Confusions about right and wrong. Yet, there is an overall arc of hope and self-belief that one can power through.

Nishant enlists Siddharth Basrur (Goddess Gagged, Runt), no stranger to crooning in Hindi, having already leant his gravelly vocals to Bollywood soundtracks over the years. His voice provides a comforting weight, sitting pretty in a blanket of gleaming electronica interspersed with frenetic yet danceable drum machinery.

The artwork, by Shrey Kathuria and Apoorva Raina, features a network of crossroads resembling the familiar Penrose Stairs, offering a glimpse into the accompanying music video, which also releases today.