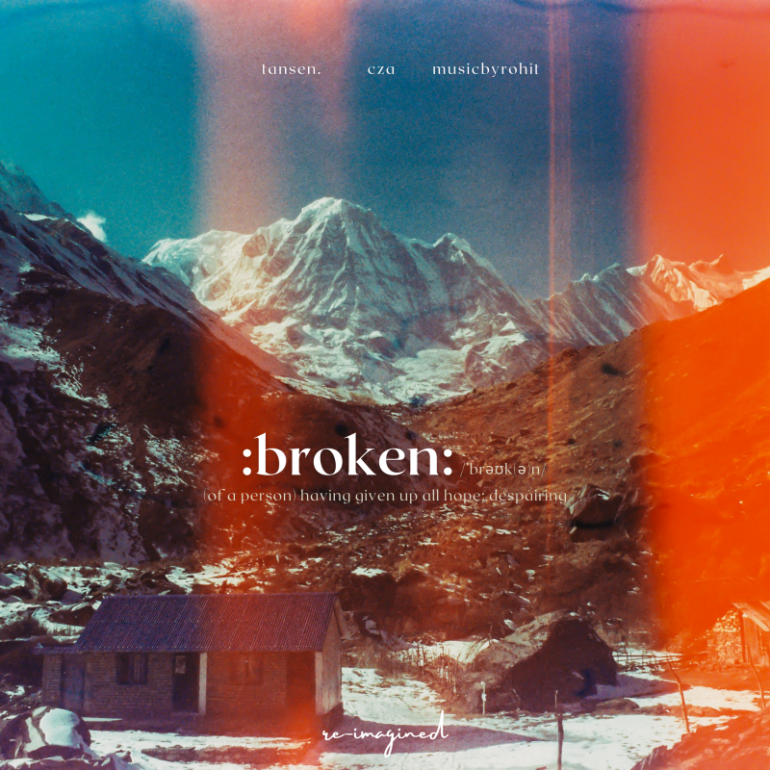 On ‘broken (re-imagined)’, bedroom producer Tansen dishes out a lo-fi flavoured twist on an indie-pop tune by fellow beatsmith CZA (Krishna Vijay) and Gurgaon-based vocalist Rohit Pandey. Taken from Pandey’s Elucidate EP, the original is a pensive breakup number, where the wounds are fresh and the disappointment of lost love weighs heavy.

The reimagined version lends itself extremely well to isolation. It’s more suited for those unsuspecting quiet nights, years later where you’re hit with a sudden onslaught of memories. Opening with a medley of gentle piano motifs and twinkling lullaby-esque keys, the track boasts a spacious backdrop and warm, textured percussion. It’s a haunting number that you can still bop your head to. A little minimalist as far as their work goes, but the composition and mix show great attention to detail.

The rework was spurred by an inspiring take on collaboration: “to reinterpret imaginatively is to think freely”. ‘broken (re-imagined)’ marks the faceless producer’s follow up to singles ‘Varanasi’ and ‘Rum & Her’.