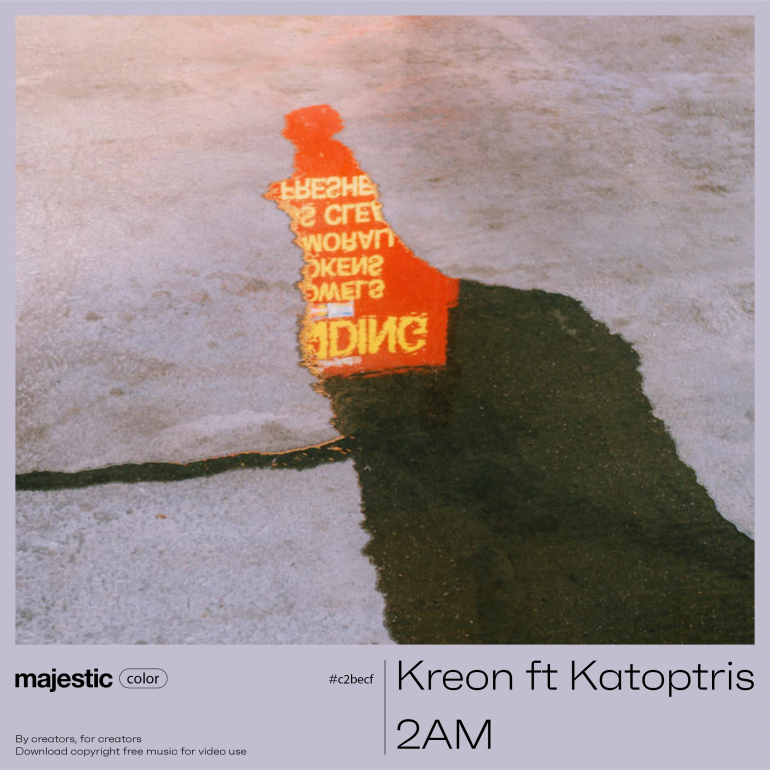 Listen: 2AM by Kreon feat. Katoptris

New Delhi producer Kreon has teamed up with Pune-based Katoptris for their latest downtempo offering ‘2AM’, out now via Majestic Color. A sub-brand of Majestic Casual, Majestic Color provides copyright-free tunes to creators from around the world.

A late-night plea to a lover, ‘2AM’ is built over a lo-fi ukulele strum and Katoptris’ pitched down vocals. The bright trumpet parts and bouncy percussion in the chorus add a nice layer to the track, bringing it a notch above the standard lo-fi sad rap song popularized by the likes of XXXTentacion.

Kreon, aka Rabhaya Chopra, explains that he didn’t want ‘2AM’ to be too much of a downer. “I wanted to compose a song which was about loneliness, but nothing dark. Something that would probably make me feel that being alone isn’t that ugly in the end”, he says.

Kreon is the only Indian producer with multiple releases as part of the Majestic roster, the first being his 2018 track ‘Right Now’ with Brit singer-songwriter Charles John. In addition to solo releases like ‘Take the Pill’, Katoptris, aka Faizal Jamadar, has also been going steady with collaborations. The producer-vocalist recently contributed to a remix EP for musician Koustuv Ghosh. He also dropped his first Hindi-Urdu track, ‘Khuda’ with Mohit Sengupta, back in September.