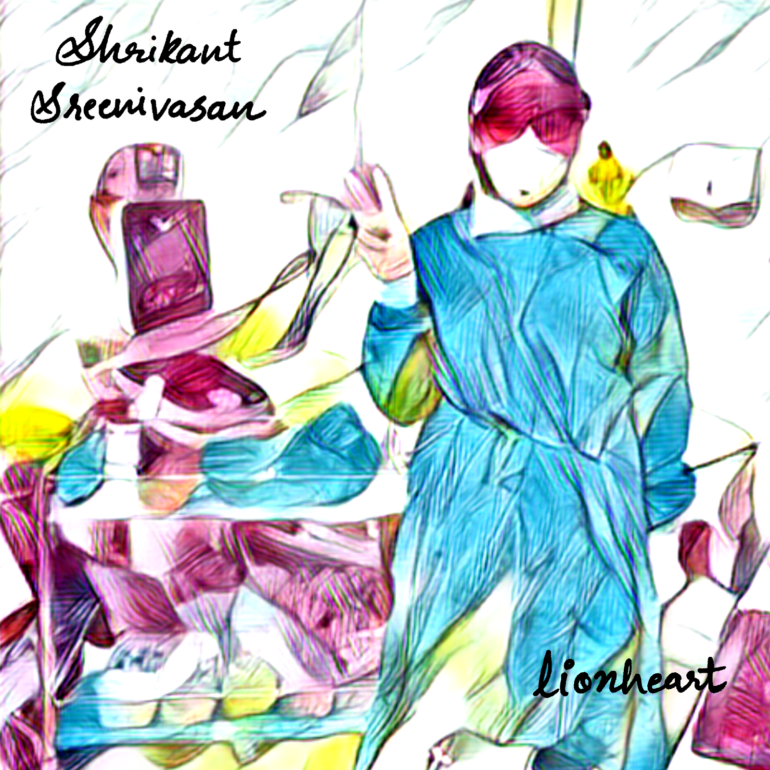 Over the span of just over a decade, Mumbai-based guitarist Shrikant Sreenivasan has been churning out extreme metal riffs (Stark Denial), shred-level stuff for heavy metal (Albatross) and dived into ridiculously complex rhythms and solos for prog (Coshish). He’s even been a regular part of the live ensemble for Bollywood musicians such as Armaan Malik and Jonita Gandhi.

With ‘Lionheart’, Sreenivasan makes the leap into releasing solo material and unsurprisingly, it’s more or less guitar-led. “I’ve been meaning to write my own material for a very long time. Just wasn’t prioritising it due to various things happening in my life (for good). With Coshish, there are specific things I want to write then there is a section of things I wanted to express which was possible only if one mind was involved. Thanks to this lockdown period. I’m getting to do things, experiment a lot, bring out a new dimension to myself,” the guitarist said in a statement.

Armed with an enriching guitar tone that goes from soaring to soulful, Sreenivasan seems to aim for more than just guitar music with the instrumental track. Featuring bassist Aditya Kadam and keyboardist Jayakrishnan Unnithan, ‘Lionheart’ may feature a prominent guitar lead, but there’s tastefully arranged rhythmic layers that make for a radiant listen.

The guitarist-composer’s fretplay is only somewhat reminiscent of the more alt-rock leaning material Coshish has released, as well as perhaps aiming for the same league of grandiosity as the likes of Steve Vai and Joe Satriani. Sreenivasan’s underlying and unspoken message on ‘Lionheart’, however, is a humble one – it’s a song dedicated to medical professionals who have been fighting to contain the spread of the COVID-19 virus, plus staffers in sanitation and essential services provided during the global lockdown. “Lionheart is composed in a sense of apprehension of the current scenario the world is in and noticing in the adversity who the real heroes of the world are,” a press note adds.