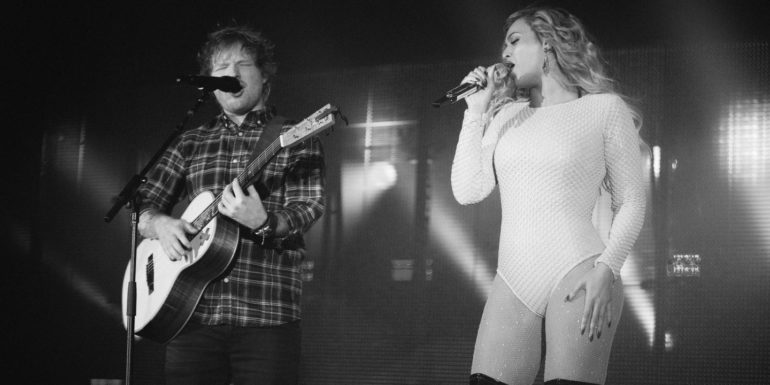 Ed Sheeran, who recently bagged two Grammy nominations for his third album Divide, has released a duet version of his track ‘Perfect’, taken from the same album. The track was originally released in September, which was followed by a video release in early November featuring Zoey Deutch. Ed Sheeran got Beyoncé, the queen herself, to lend the female vocals on the duet.

‘Perfect’ is a much simpler and softer song on an otherwise extravagant album. The lyrics on this particular track are reminiscent of Sheeran’s songwriting style from his ‘+‘ days. Lyrically there are no additions. Beyoncé sings Sheeran’s words from her perspective and makes them her own in a way only she could.

Beyoncé has been collaborating a lot over the past few months on a variety of songs and this is certainly a departure from her appearance as a featuring artist on J Balvin and Willy William’s ‘Mi Gente’.