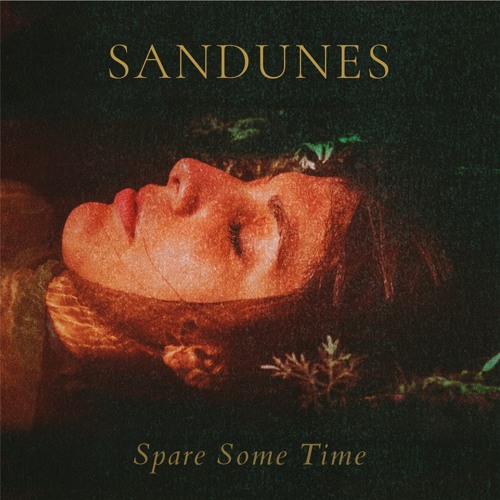 Mumbai-based musician Sanaya Ardeshir aka Sandunes dropped her new EP Spare Some Time on May 22. The 4-track EP is filled with heavy emotions and was mostly written and produced last year at Sandunes’ home-studio in Mumbai. It has been released through the German label !K7.

With heavy synth accents and mesmerizing vocals, ‘Love it Less’ ft. J-babe opens the EP. The second track ‘Burn Every Bridge’ ft. Landslands brings in layers of vibey synths and samples over a groovy bass-line. Produced intricately, ‘Fifty Percent’ is a minimalistic yet layered track where singer-songwriter Ramya Pothuri lends her soulful voice. The song was also released as a single prior to the EP drop.

Rachel Varghese’s vocal prowess is brought forth in the final track of the EP, ‘Simple Things’. The artists have managed to achieve a delicate balance of layered vox and harmonies with perfectly tailored synth arpeggios, giving a fitting end to the project.

The EP’s soundscape is a first-of-its-kind from the artist as it doesn’t feature a single instrumental track. Along with the technicality of the production, the music exhibits the equality of importance that is placed on vocals, collaboration and human connections in creation. ‘Spare Some Time’ also has Sandunes working alongside musicians such as Rohan Rajadhyakshya, Rhys D’Souza, Nathan Thomas and UK-based Jamie Houghton, who have featured on the project playing the synths, saxophone and bass and the drums respectively.

Sandunes has spared no time in getting back to work on future releases. Including a collaborative album with Richard Spaven already slated for release this August, the artist is working on another EP with a focus on collaborations, which is to be released later in the year. She is also working on the production for another solo album based on the piano, for release next year.