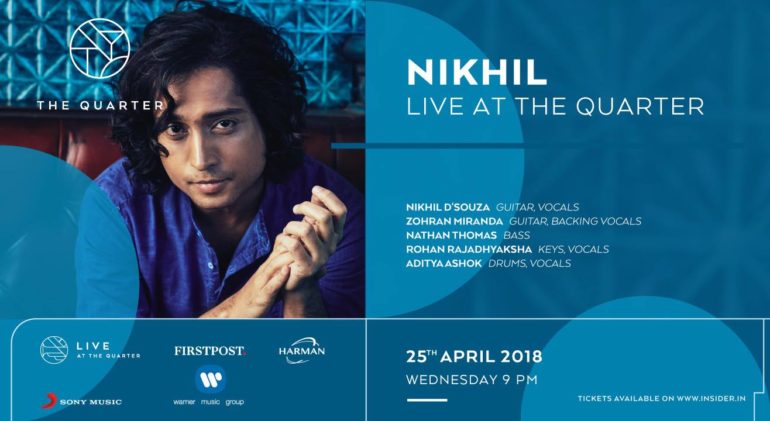 Nikhil live at The Quarter

Nikhil D’Souza launched his Bollywood singing career in 2010 and every song released that year, from ‘Sham’ from the film Aisha to ‘Main Jiyunga’ from Break Ke Baad,  was a massive hit . He continued to deliver hit singles in 2012 as well – “Gubbare Gubbare” from Ek Main Aur Ekk Tu, “Sang Hoon Tere” and “Jannatein Kahan (Power Ballad)” from Jannat 2.

Bollywood enabled D’Souza to make a living, but his long-term goal was to get his own original songs out there. He entered and won the televised South-Asian talent contest SUTASI and everything escalated.

Go to Live at The Quarter for Happy Hours from 7 pm till when the first note is played.