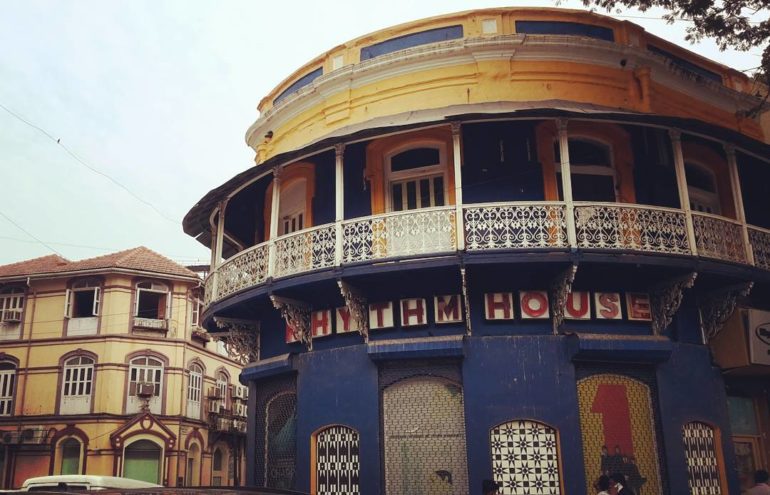 When Rhythm House, the iconic music store in Mumbai, was shut down owing to dwindling sales, it saddened the countless people who had bought their first albums from here. The Curmally family warmly welcomed many who have spent a lot of time just browsing through their catalogues, which ranged from Eminem to Asha Bhosle – all under one roof.

But with the rise of digital music, and now, streaming services, the brick-and-mortar store couldn’t survive on just nostalgia. CD sales started taking a hit ever since the dawn of Napster and iTunes.

However, hopes of reviving the building have suddenly shot up, since Anand Mahindra, the chairman of the Tech Mahindra group, conveyed an interest in setting up a people’s collective that would restore the iconic structure.

Rhythm House was bought by Nirav Modi for 32 crore to turn into a showroom for his diamond business. However, after fleeing the country, the Enforcement Directorate had seized his assets with an intention to auction them, which includes the crescent structure in Kala Ghoda.

When the news caught Mahindra’s eyes, he floated the idea of a buyer’s collective on Twitter, saying, “If the ED is going to eventually auction Rhythm House, how about a bunch of us in Mumbai collectively acquiring it, restoring it & turning it into a performance venue for Rising musicians & a hangout for music lovers? Happy to be part of such a band.”

If the ED is going to eventually auction Rhythm House, how about a bunch of us in Mumbai collectively acquiring it, restoring it & turning it into a performance venue for Rising musicians & a hangout for music lovers? Happy to be part of such a band.. pic.twitter.com/oGHeIat7Bt

Mumbai doesn’t seem to have many music stores remaining. A quick Google search displays a little over 20 stores, with most of them like Furtardos or SoundMonk selling musical instruments rather than albums or cassettes. Moreover, it is in dire need of more performance venues, as Mahindra suggested it to be remodelled into.

Right now, some of the main indoor venues are Anti Social (Khar), Blue Frog (Lower Parel), Hard Rock Café (Worli), and The Quarter (Girgaum). Mumbai could always use another space, a repurposed Rhythm House would be a fine addition to it.

The tweet started a conversation, with multiple people from the music industry and outside saying that they would be willing to participate in such a venture. Some of the responses were from musicians Vishal Dadlani, Ankur Tewari and Sanam, The Wire founder Sidharth Bhatia, and former Congress MP from South Bombay Milind Deora.

.@anandmahindra, count me in, happy to be part of any initiative that keeps its original name and character. #RhythmHouse is part of the city's history and the area could do with a cultural centre

Sir, I'm in. I'll happily chip in, curate, organise management, and do whatever else is needed. It could be a centre for a whole new generation of music and musicians. Much needed. #RhythmHouse

A quick text to Vishal Dadlani elicited a nostalgic response but he did not delve into the subject further. “I just saw Mr. Mahindra’s tweet and volunteered to be part of it. I grew up on music from Rhythm House, and it would be an honour to be part of its regeneration in any way that he sees fit. If it becomes a hub for the new generations of artists and musicians, it would fill a desperate need in the city,” he told A Humming Heart.

Aliya Curmally, whose family owned Rhythm House, also chimed in, saying that she was against the sale in the first place.

This is what I had wanted to with the space but the family chose to sell, wld be extraordinary and wish it were so, @anandmahindra thanks for putting it out there… next steps? 🤔 @RiyaazAmlani @ankurtewari @VishalDadlani #rhythmhouse https://t.co/uCRETkN2T7

However, Mehmood Curmally, the former managing director and second-genration owner of Rhythm House, didn’t seem enthusiastic about the idea. “It’s good if he [Mahindra] does that, it’ll be good for the city,” he said, also adding that he hadn’t given any thought to returning to managing the iconic store.