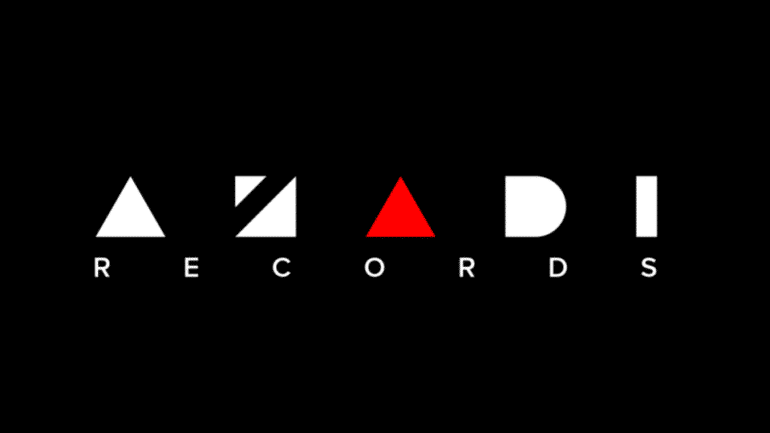 New Delhi-based independent record label Azadi Records has pulled out of the NH7 Weekender 2018 following allegations against the festival’s organisers, Only Much Louder (OML), of harbouring and perpetuating a work culture unsafe for women.

Azadi Records artists were slated to perform at Pune, the marquee leg of the multi-city festival on the final day. They have become one of the first and biggest acts to withdraw their participation following the Caravan’s reportage which brought to light multiple sexual misconduct accounts against OML employees and its founder, Vijay Nair.

“As a label, we recognise the importance of speaking up against the prevalent culture of sexual harassment and assault in the music industry and society at large,” reads a statement put out by Azadi Records earlier today.

The label asked the six acts on their roster (Seedhe Maut, Triangles, Tienas, Siri, Swadesi & Rak) who were scheduled to perform in the Azadi Records showcase in Pune to vote on the matter. The majority voted in favour of withdrawing from the festival. This would have been the first time all six artists would have performed at the festival which has become one of the biggest gigs of the year for many musicians in the independent scene.

“Sexual harassment and assault have no place in our society, and we will continue to speak up in support of the women and men who help highlight these issues,” the statement further reads.

OML is yet to release a statement regarding the recent development.

Read the full statement by Azadi Records below. 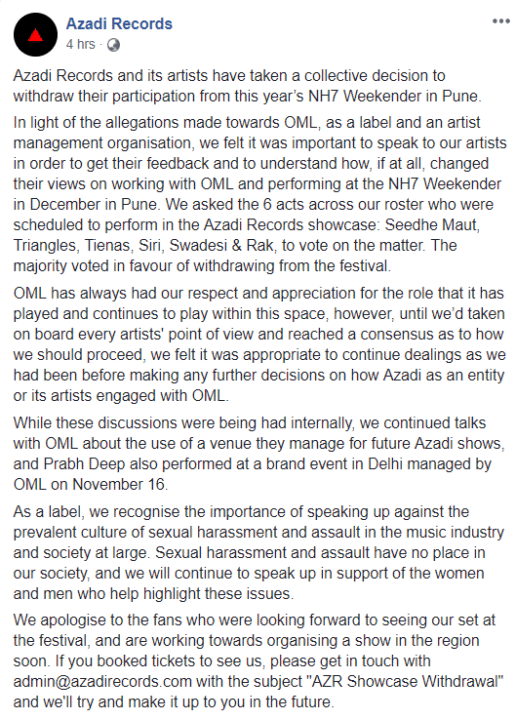 Azadi Records is a New Delhi-based independent record label founded by Mo Joshi and Uday Kapur. The label is the force behind some of the fiercest independent hip-hop records such as Class-Sikh by Prabh Deep and Class-Sikh Maut by Seedhe Maut.