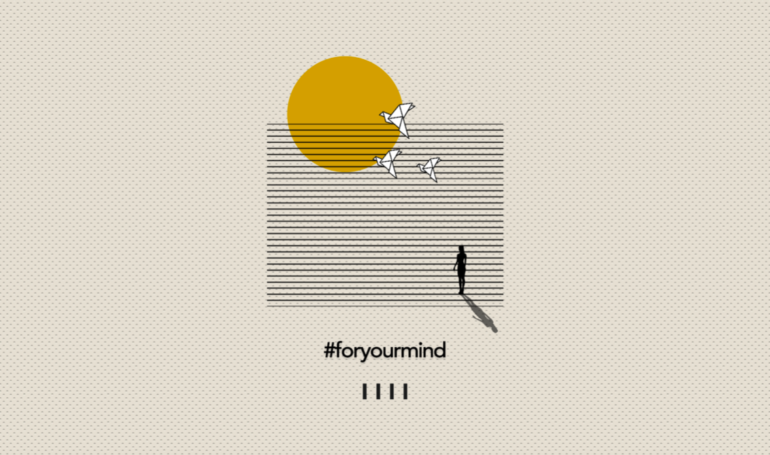 When the world faces darkness and despair, the onus inevitably falls on the shoulders of writers, musicians, painters and other creative types to guide, soothe and inspire. Aswekeepsearching released two widely acclaimed independent albums in the span of a few months, and have been heavily supporting these projects through tours, social media and maintaining a strong connection with their fans.

On 22nd July, 2020, the band is launching a campaign, #foryourmind to raise funds towards mental well-being. The first of its kind collaborative campaign will run for 15 days and involves some of the biggest names in the scene today including Raghav Meattle, Hanita Bhambri, Bloodywood, Sachin Bhatt, Aditi Ramesh, Anoop Bhat, Polar Lights, Street Stories (as well as aswekeepsearching) among others. However, the initiative aims to do much more than that.

“This campaign will act as a source of inspiration and encouragement among us creatives to build awareness, discussions and the genuine commitment to help out those in our community who are in need of our help today. While our fans walk with a product, we as an artist walk with the pride of being part of something beautiful,” says AWKS frontman Uddipan Sarmah.

The toll of suffering in silence in the wake of the lockdown imposed on us has made conversations and initiatives around mental health even more vital. The motto of the campaign is to work on ourselves, work for ourselves and each other. The campaign aims to create awareness and build a community. Over the next 15 days, any product by these artists, be it their music, a playlist, merch or anything else can be availed either with a fixed amount, or a pay-what-you-want scheme. After completion of the campaign, 100% of the proceeds will go to the following charities:

Udippan Sarmah will also join A Humming Heart on Discord to discuss the campaign on Tuesday, 28th July at 7 pm. More details to be announced shortly.

If you wish to participate and/or contribute to the #foryourmind campaign, go here.