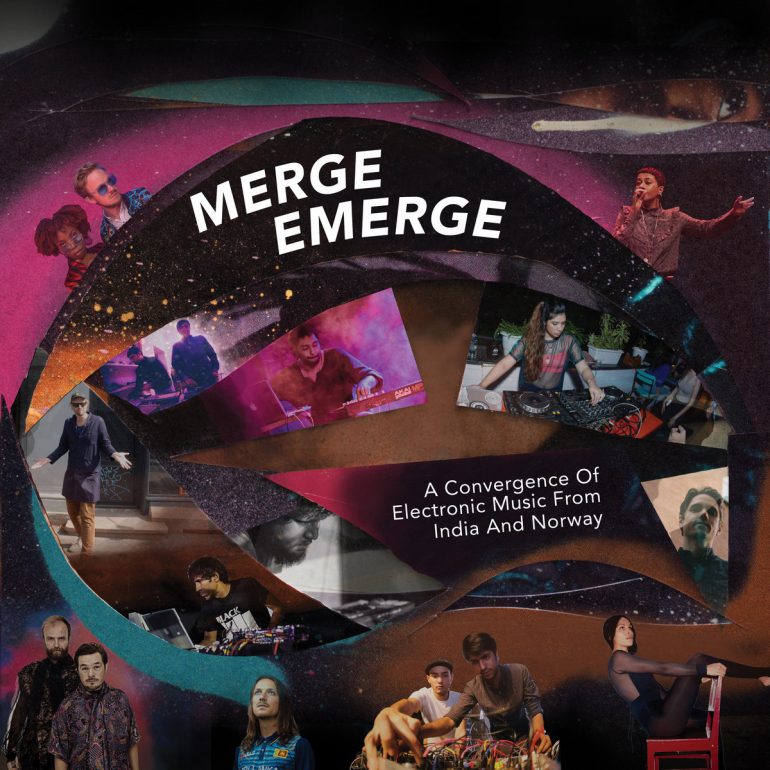 Listen: Merge Emerge, a compilation by 18 artists from India and Norway

From virtual songwriting sessions to live stream concerts, it seems without question that digital platforms, which till only recently lay on the fringes of musical collaboration and performance, are here to stay. Conceptualised just before and assembled during what has been a tumultuous year, the music collective Merge Emerge takes up this mode of exchange and finds an unlikely musical pairing in Norway and India.

Curated by Endre Dalen of Norway and Delhi-born, Spain-based musician and producer Audio Pervert, the eighteen artist-strong collective debuts what they describe as the first-of-its-kind interaction between the electronic music scenes of Norway and India. Rather than creating a euphoric high, the album’s thirteen tracks settle into naturally calming grooves with plenty of variety in their styles to keep listeners engaged.

The album reflects the musical diversity of the Norwegian and Indian artists behind the project without attempting to lean too heavily into showcasing Nordic or India-specific sounds. Some of its tracks are straightforward dance songs while others experiment with genres such as R&B and world music. Throughout the album, sounds mimic the tones of the earth’s natural wonders, from clinking beats that conjure the clattering of rocks to bubbling synths and tuned percussion put through heavy filters that sound as if they have been plunged into the depths of the ocean.

Not only does Merge Emerge speak to the possibilities of borderless music-making; the album is also a powerful reminder of the beauty to be found on our planet when its resources are freed from the pressures of capitalist production.

Additional note: With a host of compilations and artist exchanges planned for 2020 and 2021, Merge Emerge are on the lookout for emerging electronic artists from India and Norway. To get involved, write to music.india.norway@protonmail.com