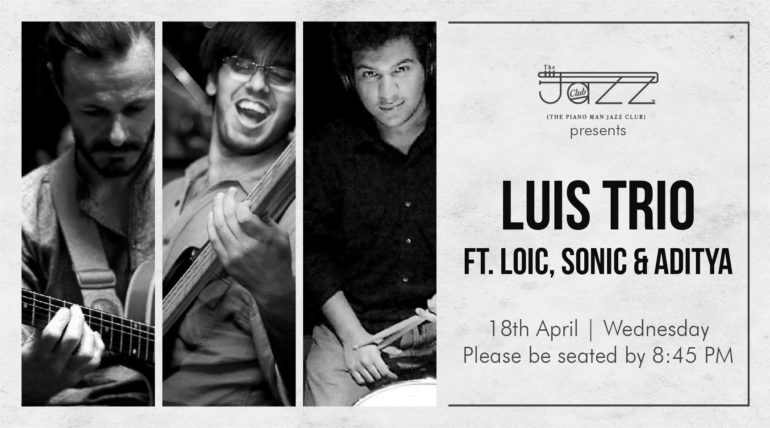 Loic is a French Jazz Guitarist. He is a graduate in Jazz Guitar (Conservatoire de Chambéry) and Sound Engineering. He has performed in France and Switzerland with his band ‘Luis quartet’ comprising drums, upright bass, guitar and sax tenor, playing self-made composition and arrangement.

Sonic Shori is a professional bassist in the city of Delhi. He is a student of Grammy-nominated Greek-American musician Panagiotis Andreou. He has comprehensive stage experience, and has collaborated with musicians from several different genres including classical, fusion, funk and metal. His playing combines complexity with cohesion, and playing melodies with dexterity, musicality and tenacity.

Aditya Dutta is a professional drummer based in Delhi. He is a part of The Piano Man In house band for Sunday Musician Mixers. Performing and collaborating as a sessions drummer in the Delhi independent music circuit for the past 1 year, He has actively played with Rainer Pusch (Germany), Karan Khosla Trio, Aditi Dot., Rythem Bansal, Rie Ona (Japan), Ipshita Roy and various other musicians and acts from the city.