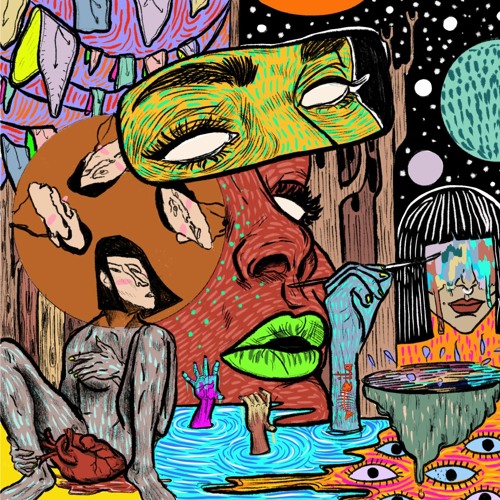 Delhi-based singer-songwriter Sanjeeta Bhattacharya released ‘Watercolour’, a sentimental ode to the one that got away, on May 20. The single features singer-guitarist Dhruv Visvanath, who has produced and arranged the track, along with lending backing vocals to it.

In an interview with JioSaavn, she discussed the meaning behind the track. “Watercolour was born from a feeling of longing. Sometimes you meet a person and it’s absolutely magical, almost unbelievable and movie-like, and one day you wake up and realize that none of you feels the same anymore and that feeling is organically diminished.”

Visvanath’s rhythmic strums and Bhattacharya’s vocals blend together effortlessly for a stripped-down track that packs an emotional punch. Ishita Thawait’s artwork along with the looped animation eloquently picturizes the song’s running metaphor of watercolour. The surrealist quality of Thawait’s illustrations only ups the track’s dreamlike quality.

Bhattacharya released her debut EP, Yatra, in 2018. The Berklee College of Music alum is known for her diverse musical style which blends folk, R&B and jazz. Dhruv Visvanath is a singer-songwriter and one of the indie scene’s most prominent percussive guitarists. He has been releasing a new song every month in 2020, with his single, ‘Dark’, releasing on May 22.