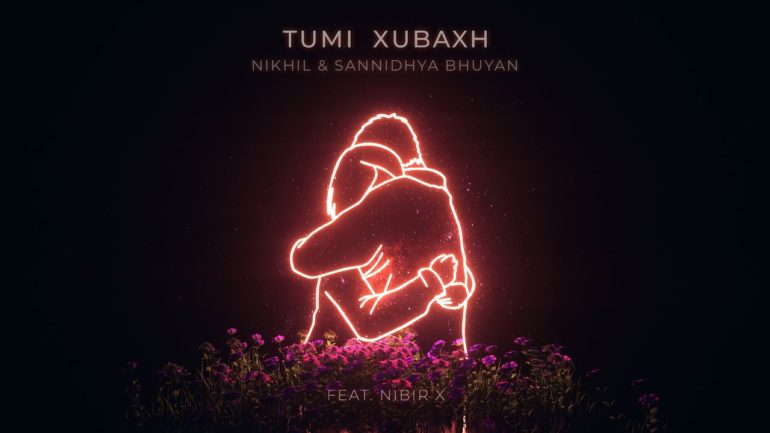 Assamese musicians Nikhil Sarma and Sannidhya Bhuyan dropped their collaborative single ‘Tumi Xubaxh’ on May 22. Featuring moving lyrics penned by Prasant Das, the track was mixed and mastered by Nibir X, who also co-produced it alongside Nikhil.

‘Tumi Xubaxh’, which translates to ‘Your fragrance’, is a song that describes the beauty of one’s first love; with lyrics that talk about the essence of one’s person of adoration. As a base, the song features guitar melodies that warm up the heart. Accenting the soundscape, the percussion, inspired by hip-hop, sits behind the track. Sannidhya elevates the music to its effortless glory with his smooth and emotional vocals, littered with hints of classical notes.

Designed by Samiran Borgohain, the animation that accompanied on YouTube crossed 100,000 views within the first two days of its release.

The artists now are working on various future projects individually, with Sannidhya having his debut EP slated for release this October.