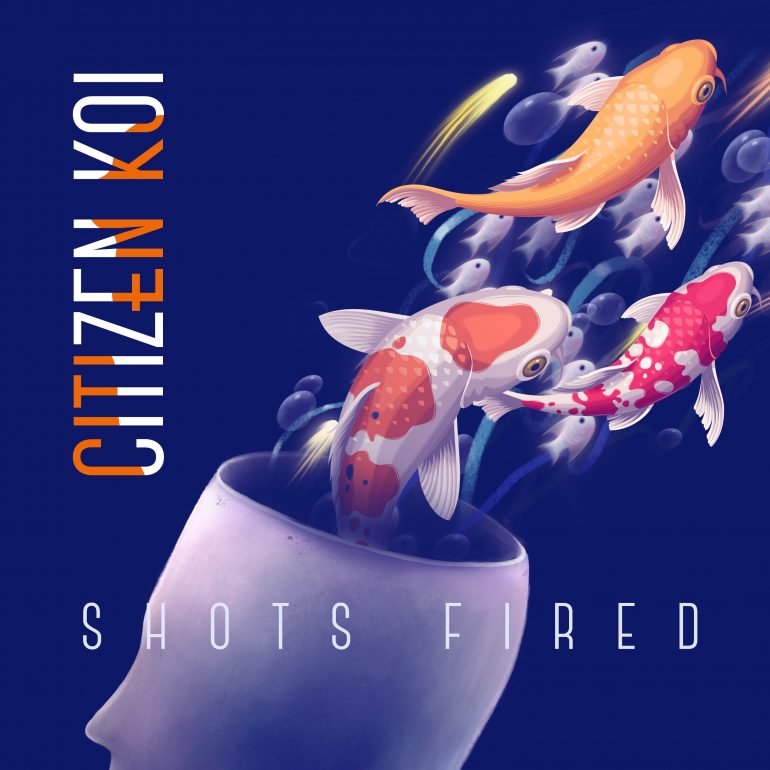 Citizen Koi’s Hayden Scott revisited his 2012 lyrical exploration, ‘Shots Fired’, this year, and we’re better off for it. Electro-pop/chillwave duo Citizen Koi, comprising of Scott and Nigel Rajaratnam, just released their first single – a moody ask for confessions of love – featuring the evocative vocals of Mary Ann Alexander, and it just happens to be the soundtrack to all your mischievous secrets this summer.

Complete with Alexander’s coy timbre, an inescapable bassline and a barrage of production elements to tingle the ears, this new release is an auditory experience that begs to be sunk into. “Inspired by a scene from Nicolas Winding Refn’s classic 2011 film Drive, ‘Shots Fired’ came together in less than an hour,” says the duo. Suffice it to say though, there is no sense of rush or haste apparent in the song.

Mary Ann opens with a striking question, “Would you pull the trigger if you had the chance, or would you blame it all on circumstance?”, and it’s a guaranteed hook. The track pulls you in, further, with every line. The story sneaks up on you, and by the time you’ve reached the chorus, you’re enveloped in sonic ambience so addictive, you just want more. And while the track follows the ‘verse-chorus-verse’ structure of song writing, there’s something entirely unpredictable about the way the song makes you feel.

Characterised by cheeky lyrical provocations and sensual instrumental arrangements, Shots Fired is the perfect response for the person that’s been sending way too many mixed signals. Musically, it’s a buffet of ambient texture, swoon worthy harmonies and sparkly vocals. So, take a bite.