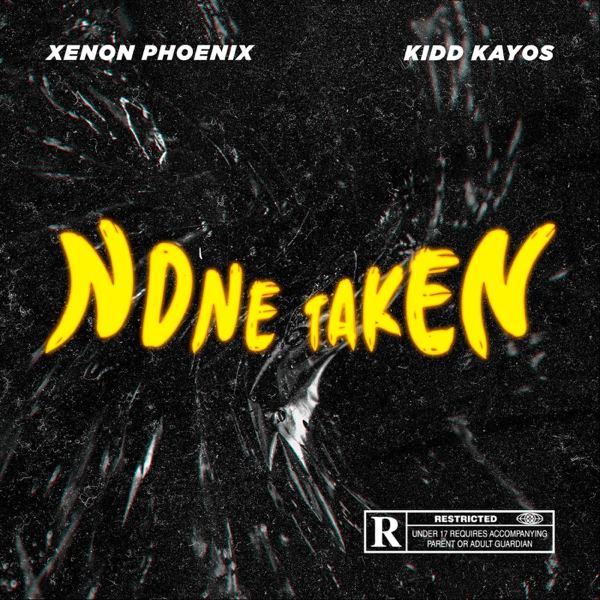 Listen: None Taken by Xenon Phoenix and Kidd Kayos

In the rap game since 2014, Subham Ghosh aka Xenon Phoenix had a stint in Pune and is now back in his hometown of Siliguri. It doesn’t matter much where he is, though, considering he’s linked with producers like FORXST in Poland and hip-hop artist Kidd Kayos in Denver, Colorado.

If the “DM for Collabs” culture of Instagram had any success stories, Phoenix is one of them. His latest song ‘None Taken’ (featuring Kidd Kayos) is produced by Spanish beatsmith Venza. The trap-laced rhythm provides a perfect comeback for the Indian rapper, who was focusing on work commitments through most of 2019. Now returning to music, Phoenix plays up clean living and hard work at the same time as brushing off his opportunistic peers and haters.

Phoenix adds about seeking producers through social media, “I found them through YouTube and quite dug the style they were producing some ear candies with a dark vibe. There was a producer called Øfdream from France but unfortunately, we couldn’t finish that collaboration. He died in 2019 and it really broke my heart as he was an inspiration and was doing something different in the trap genre.”

While one of Phoenix’s biggest hits to date remains 2017’s FORXST collaboration ‘Twisted Turns,’ he had already readied “None Taken” around the same time. The rapper says, “I wouldn’t call it stale if it’s old and lying there if I love that particular track, I’ll put it out. There are more of those tracks under my belt since 2017; some of those are ditched projects and some are nice. I’ll just release it as soon I can alongside the new stuff I’m working on.”

There’s no intentional bent to seek out only international producers and hip-hop artists to work with. Phoenix has also worked with Mumbai-based producer BuKi aka Harshit Richhariya (on the trap banger ‘Dead Palace’), hopped on a collab with J-trap producer Karan Kanchan (‘Tokyo Gime’) and joined fellow Siliguri artist Debo Sanyal aka Dreamhour on ‘Double Entendre’. Phoenix says about his pre-requisites, “I feel music should be made for the world, not just a particular region. I’m always enthusiastic about connecting with new musicians globally and learn about their experiences, blending a style to make it sound alternative. I’m always down to work with musicians from various genres, call it homegrown or international. I’m also working with some homegrown producers currently on my new solo project.”

Now back in Siliguri, he’s been observing some of the things that have changed in his hometown’s music circuit in the time he’s spent studying and working in Pune. He notes, “I’m happy to see that some multilingual rappers from the city have formed a hip-hop community called The Siliguri Cypher by forming an informal gathering or street jam with a boombox every Sunday. They are pushing the hip-hop scene here like the rest of the country is doing.”