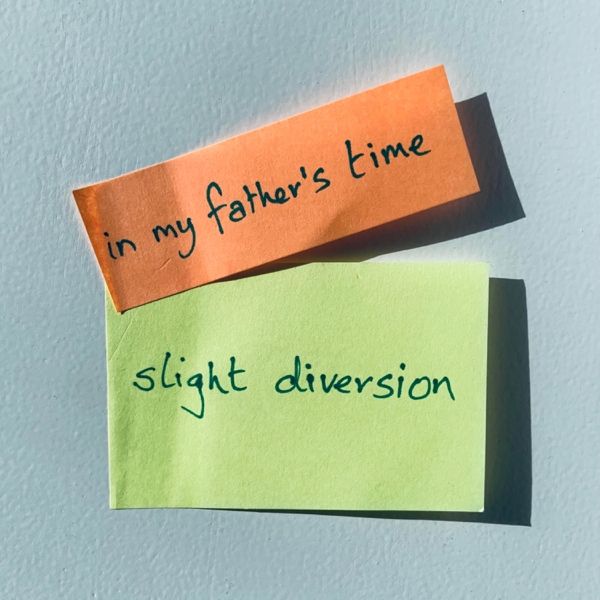 Listen: In My Fathers Time by Slight Diversion

Singer-songwriter Slight Diversion, continues to weave a tale of love, loss and longing in his latest single, ‘In My Father’s Time’, which released on May 4.

The track is an ode to a lover separated across space and time. The sparse acoustic instrumentation and conversational singing style allow the song’s lyrics to take the centre stage. The singer describes a simpler time, one that belonged to his father, as he hums, “When someone went away, they were gone.”

Hinting at the spectre of past relationships and lovers that haunt us in the digital age, the song meditates on the feeling of being unable to fully forget or move on.

The song follows the structure of a folk ballad and its tradition of storytelling. The narrative unravels as Slight Diversion finds out that his father’s love was as complicated and messy as his.

Upon learning of the “scars” of love his father still carries, the artist reveals that his father’s time was not as different from his, like he first imagined. As the song suggests, no generation is immune to the pain love inflicts. When it comes to matters of the heart, we have more in common with past generations than we think.